Earlier we reported to you some troubling tweets from the attorney of the whistleblower at the center of the phony House impeachment saga: 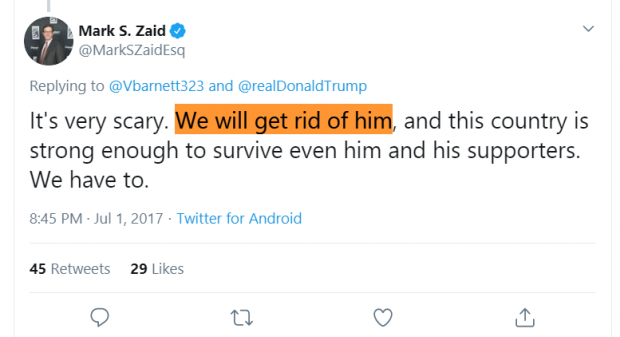 Since then there’s been even more troubling tweets revealed from his account, one of them in response to a POTUS tweets that says the “coup has started”: 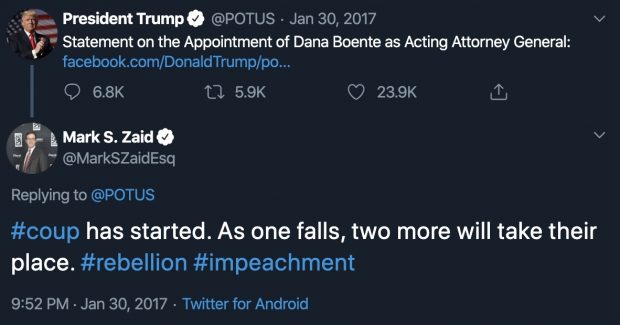 The other says that, but then adds “impeachment will follow”: 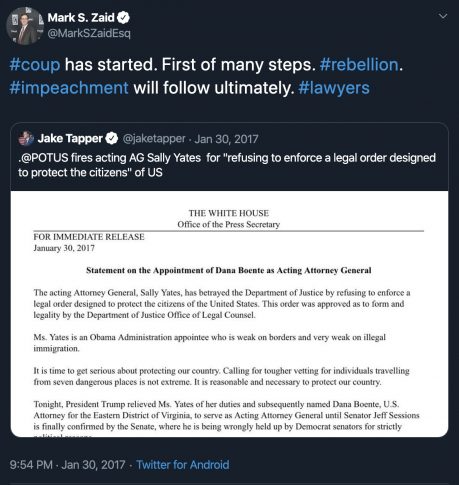 Of course we know later that year Zaid started a group to convince leakers to come out against Trump, and now here we are embroiled in a phony Democrat impeachment inquiry to fulfill that coup that Zaid promised.