It’s been a great event in the Lone Star State, and the deafening reception for President Trump was matched by the LOUD AND CLEAR results of the CPAC straw poll.

The poll asked two very important questions about the 2024 election. Well actually, it was the same question, but with two different sets of names. “If the 2024 Republican primary for president in your state were held today among the following candidates, for whom would you vote?”

They were asked to select names from a list that included Trump and one that did not.

In the one that DID include President Trump, he won by a LANDSLIDE, with 70% selecting him. In second place, Gov. Ron DeSantis pulled 21%. No one else got past 1% individually.

In the question that did NOT include Trump, DeSantis won BIG, with a whopping 68% to nearly match Trump’s popularity. In that version of the question, second place went to Mike Pompeo at just 5%.

That’s a PRETTY CLEAR MESSAGE for the GOP. Watch the presentation of the results below, which includes several other questions such as Joe Biden’s approval rating (ZERO PERCENT), and the most important issues (Number 1: ELECTION INTEGRITY.)

Below the video, find the screenshots of the presidential preference results. 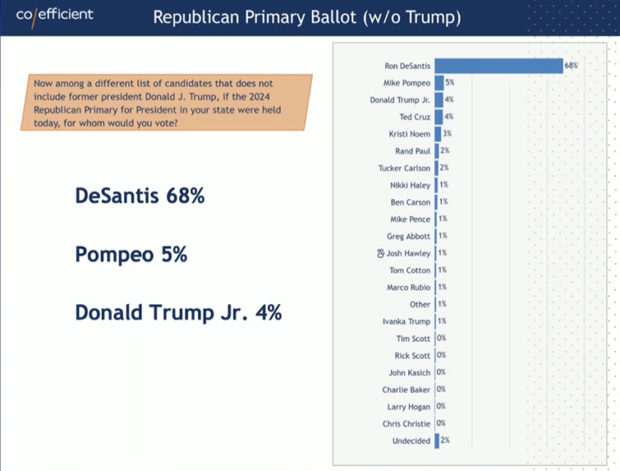 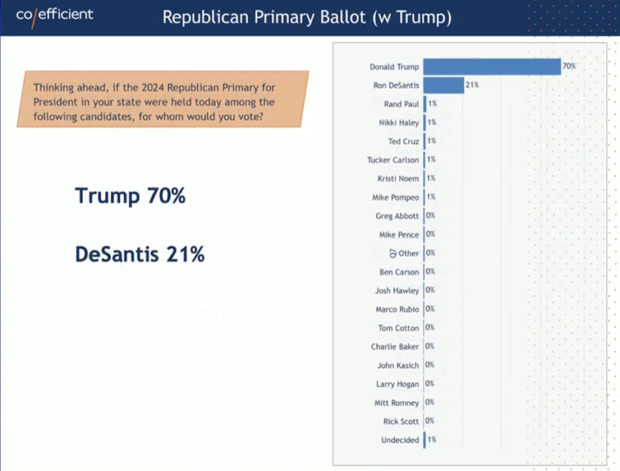 I mean really, what else do you need to know, GOP?