CBP has finally published the latest numbers at the border on their public graph and here’s how bad it looks for Biden: 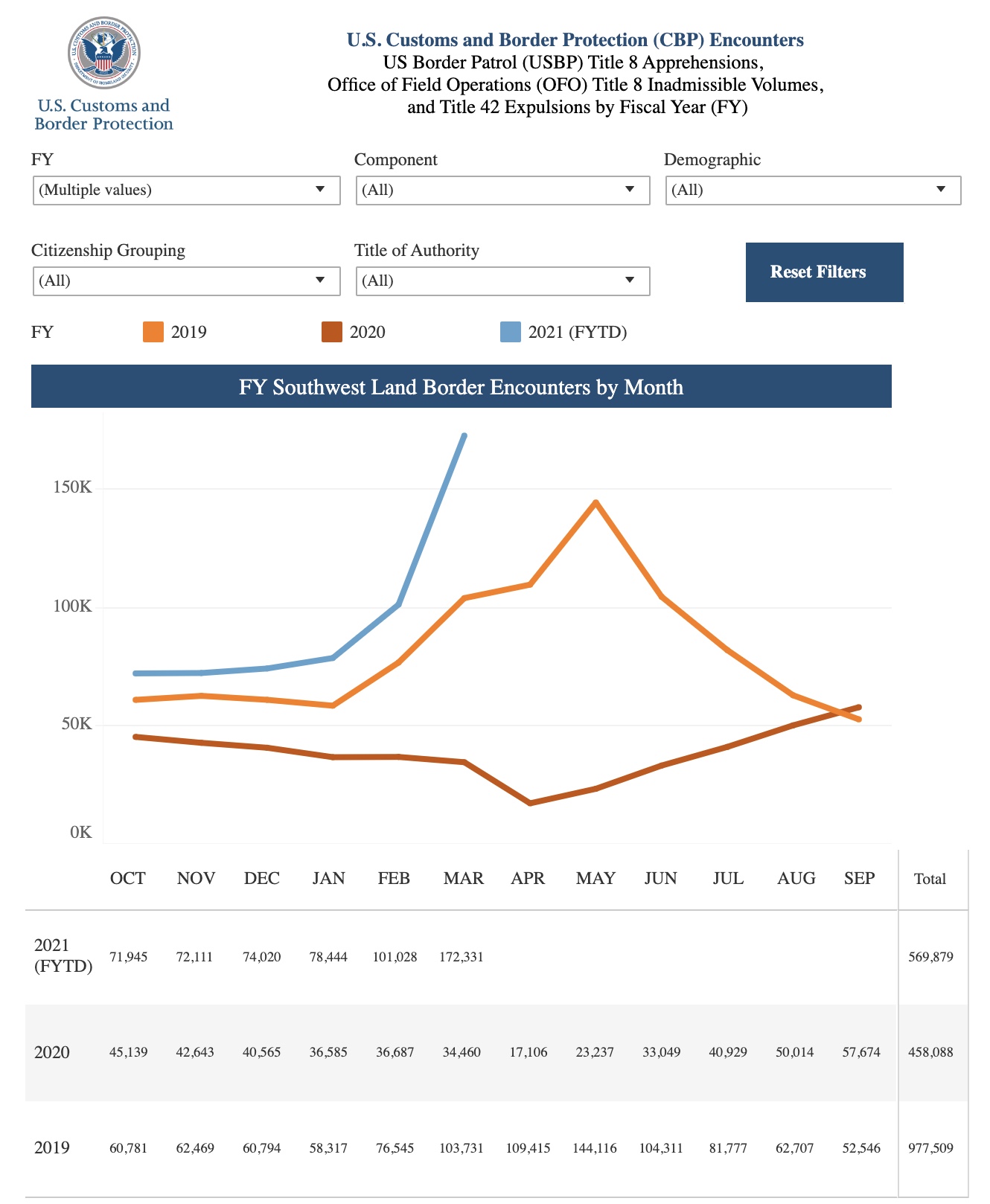 The blue line is Biden 2021 while the orange line is Trump’s border crisis in 2019. Notice the HUGE spike in illegals arrested in March over what Trump had to deal with two years ago: 172k vs 103k. Not quite double, but not far from it.

And note that Trump’s highest month happened in May of 2019, which means if the trend holds out and continues to increase, the crisis Biden caused at the border is going to dwarf what Trump had to deal with in 2019.

But hey, there’s no crisis to see here.

Here’s another graph showing all the illegals coming from other countries (meaning other than El Salvador, Guatemala, Honduras and Mexico) and how much worse it is now versus 2019. How many of these are potential terrorists??? 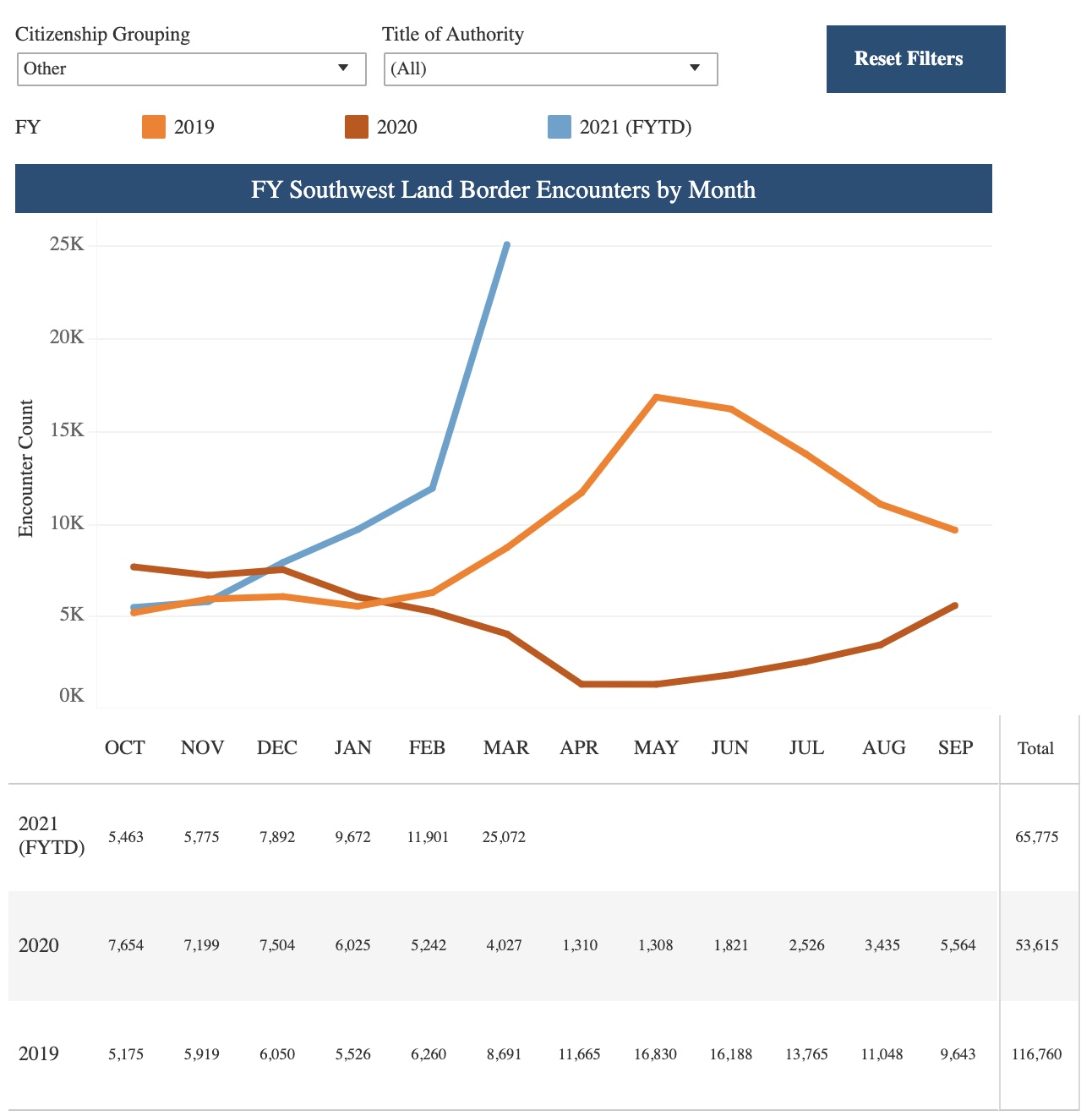 CBP doesn’t define what these other countries are, only what they are not. However we do have more information from a reporter on the ground at the border, who got the border patrol to make him a list of all the countries people are coming from. Here’s a screengrab: 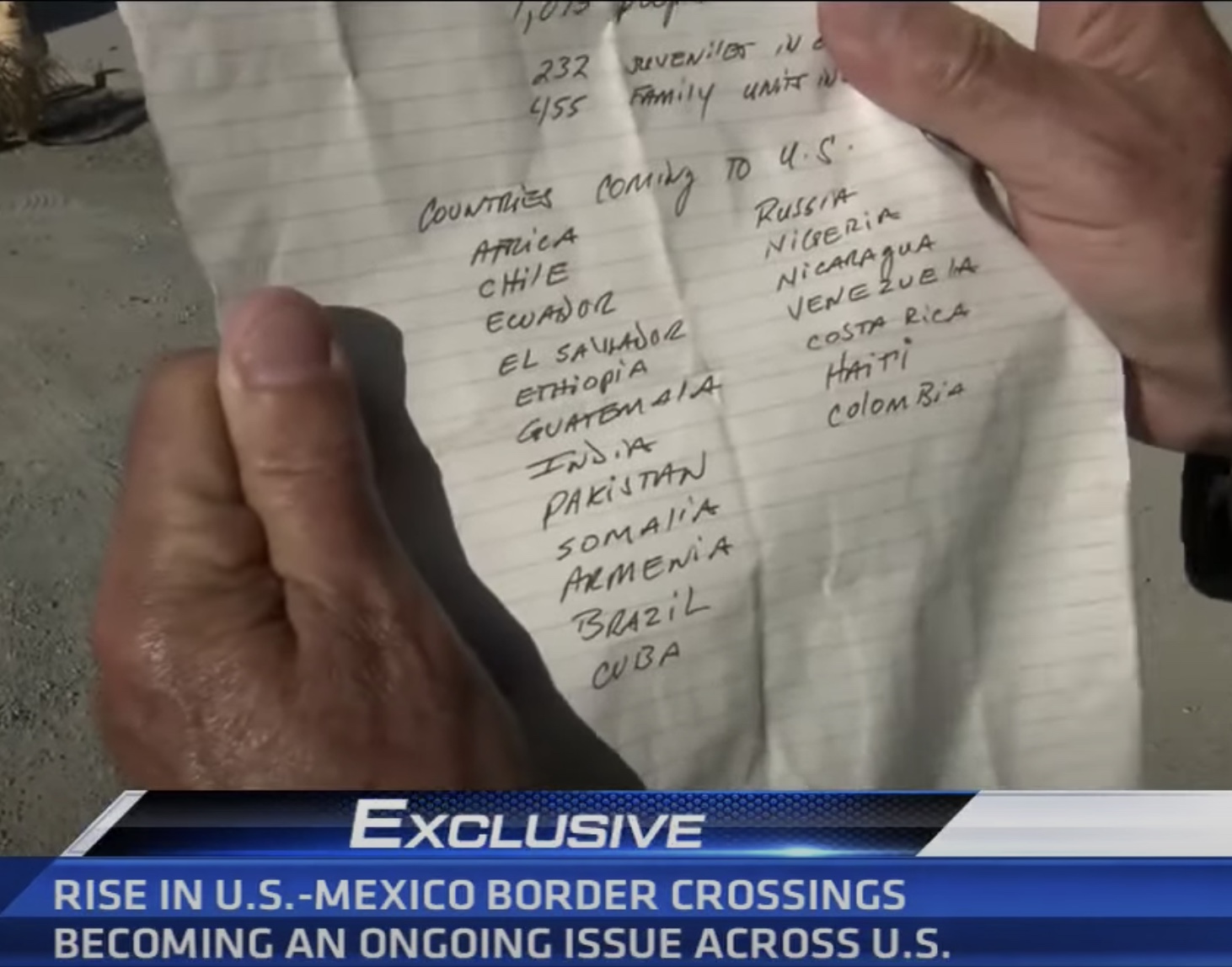 There’s a few countries in particular that stand out on that list, namely all the ones in the Middle East and Africa. Also Russia is on there too? Yikes.

Here’s the video where that screencap came from, where the KUSI reporter says that “the word got out that the doors are open”:

And a second video from the same reporter, explaining how even the gates in the wall at the border were left wide open when Biden came along: