There’s spin-doctoring and then there’s spin miracle working, which is what Ron Klain is attempting to do on Sunday, laying hands on the absolute turd that is public opinion of Joe Biden.

Biden is not popular. He is not liked. People do not have faith in him. He is a disaster. And they are pessimistic about everything else in the country while he’s in the Oval Office. Look at this.

A damning indictment of the Biden presidency:

📉 77% are pessimistic about costs.

📉 70% disapprove of Biden's handling of inflation.

📉 65% say Biden has been "slow to react." pic.twitter.com/qTShAzRKdd 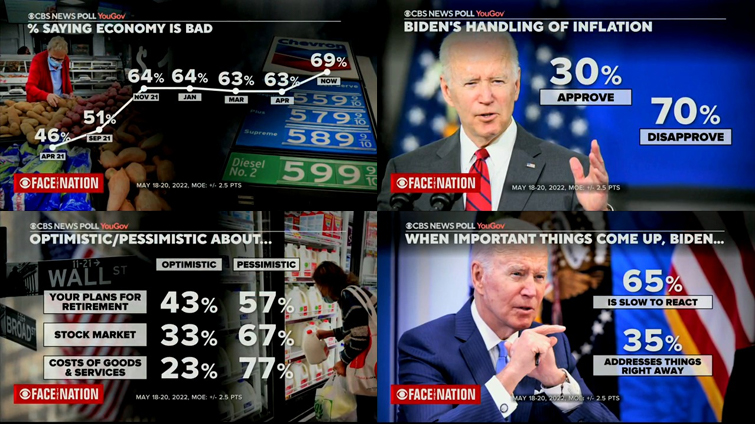 That CBS YouGov poll is even worse than you think, but both CBS News and Democrats on Twitter are trying to pass it off as a win for Joe.

How can that be? Look at this chart. 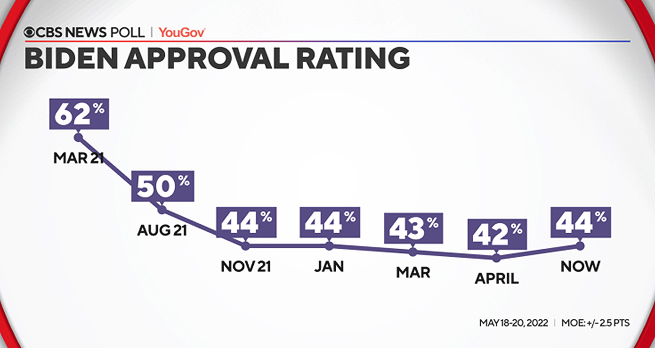 I hate to spoil the narrative but this poll shows @potus approval rating moving up, and solid public confidence on the two biggest problems he inherited: COVID and jobs. https://t.co/OPrkWPZxYO

It’s “moving up! That’s some Iraqi Information Minister work right there. Half of Americans think he’s doing a bad job on coronavirus. SIXTY-EIGHT PERCENT are pessimistic about the economy and SEVENTY-SEVEN percent about prices and inflation.

Unbelievable. Don’t you have gas prices to raise instead of wasting time on Twitter, bud?