Lindsey Graham has just released a letter sent to him by DNI Radcliffe that explains how Russian intelligence alleged that the Trump/Russia collusion hoax was Hillary Clinton’s idea to to distract from her email server woes: 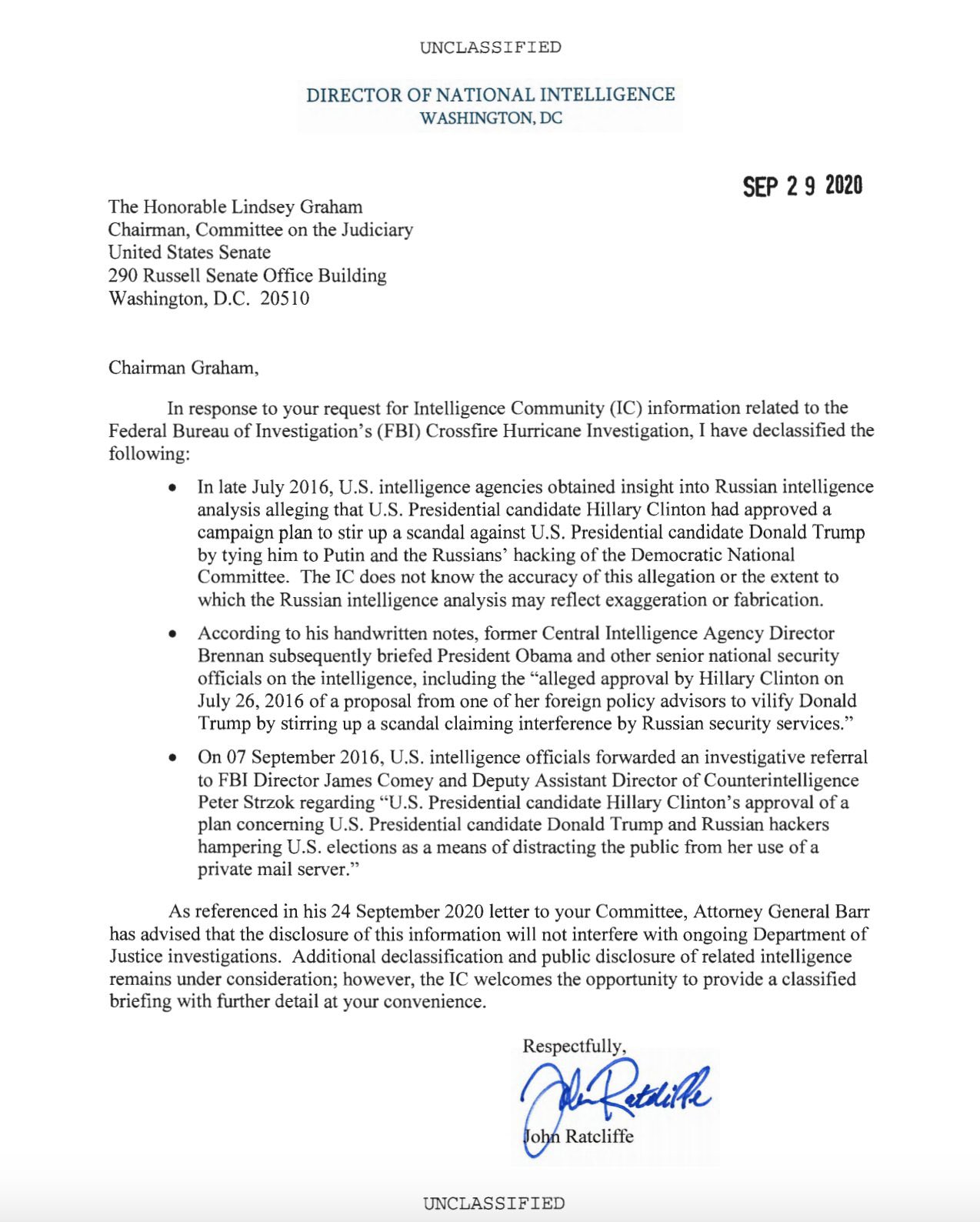 I should note that the DNI admits in the letter that the intelligence community can’t verify the veracity of this claim and suggested it could be an exaggeration.

But even so, the intelligence went all the way up the food chain to Obama and Biden who were briefed on the allegations by former CIA hack John Brennan. Now that’s important because we know that not everything the IC analyzes makes it to the president’s desk. Remember the Russian/Afghan bounties? That doesn’t mean it’s true though. It could have made it there simply because Hillary was a candidate for president.

But I think it does make sense that Hillary would do something like this to win the election. It seems quite plausible to me. After all, we know the phony Russian dossier was a collaboration between her campaign and the DNC. If they were willing to do that, this would be the next logical step.

UPDATE: DNI Radcliffe put out an additional statement saying that this intelligence is NOT Russian disinformation:

New statement here from Ratcliffe saying this is *not* Russian disinformation. pic.twitter.com/2dBA0j7bNw