Insanity is being an organization to fight discrimination and persecution of a group that’s been oppressed over and over in the course of a few thousand years, and then defining that racism as something specific to modern American white people.

But that’s exactly what the Anti-Defamation League has done.

They changed it from being defined logically and correctly as the belief that a particular race is superior or inferior, not designating any particular bad guy but any bad guy, to being defined as … well, take a look.

The Anti-Defamation League changed its definition of racism sometime in July or August 2020. Here is the old definition versus the new one. pic.twitter.com/dvCdBEb1pT 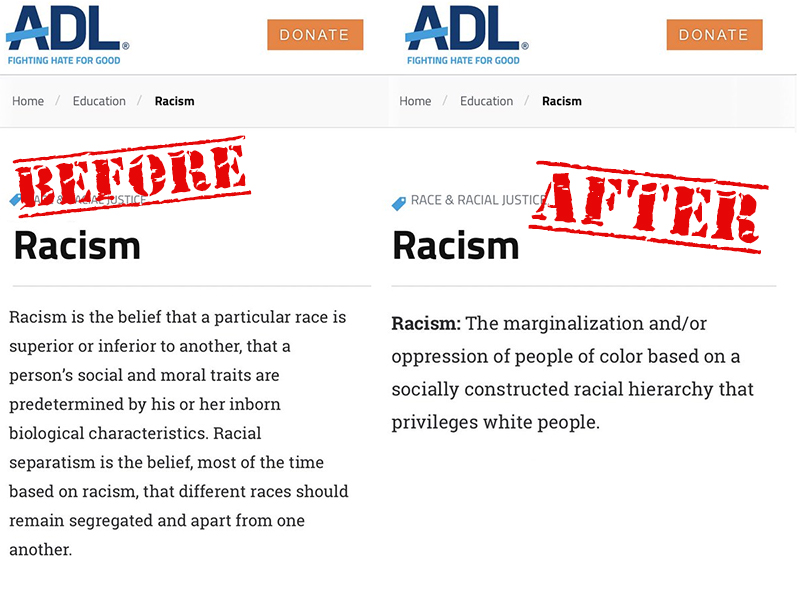 Look man, if I’m in a group that has suffered historic woes from all sorts of groups, and is currently suffering missile attacks and stabbings and shootings and bombings and threats of GENOCIDE from a certain other religious and ethnic NON-WHITE group, I might be kind of ticked off if my advocates gave the whole world of bad guys a pass.

Hey I have a question, ADL. Remember the anti-Semitic hostage-taker who wanted to free an anti-Semitic terrorist murderer the other day? His pic is at the top of this post if you can’t recall. Tell me, what “privilege” was he into again?