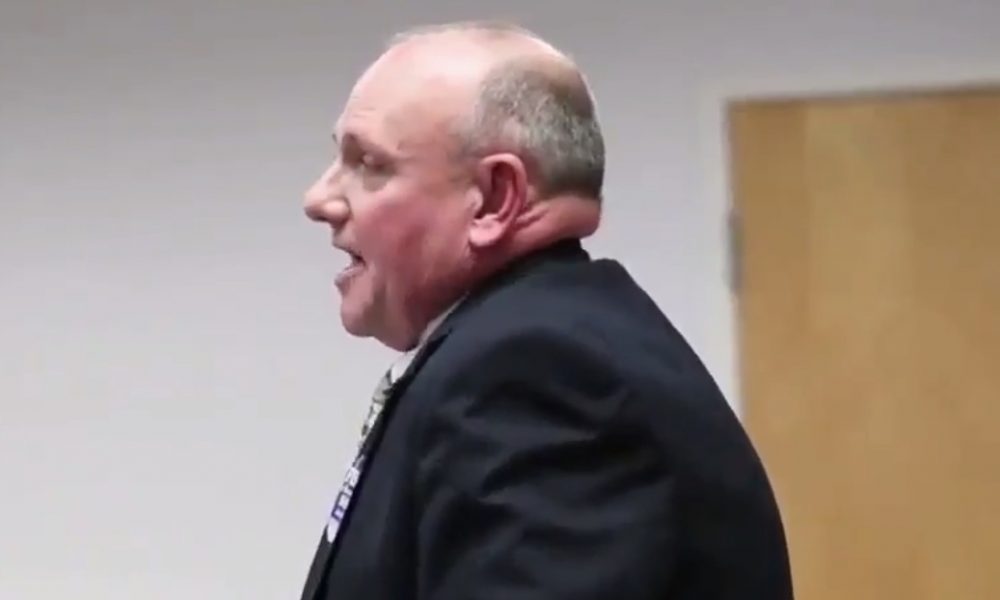 IN case you still believed it when morons on the left would say “we aren’t trying to take your guns away!!!” here’s a moron on the left being brutally honest about what they really want to do.

Not a very good suggestion, @Fisher4Sheriff

He's running in Buncombe County, in North Carolina, for Sheriff.

Retweet this and make sure this guy does NOT get elected! pic.twitter.com/3FlOcBz0Ez

Classy huh? And these fascists aren’t shocked or angry that he’s literally talking about killing Americans? This is chilling…

Video showing Buncombe County sheriff’s candidate R. Daryl Fisher jokingly shrugging his shoulders at the thought of a gun being taken from the “cold, dead hands” of a gun restrictions opponent has sparked a wave of criticism as the clip has gone viral and received national attention.

The video through Monday evening had been shared online more than 15,000 times and viewed on Twitter over 270,000 times. It accumulated over 3,000 comments in a matter of hours.

Feel free to bombard him on Twitter and let him know (nicely) what you think of his unconstitutional BS: