“They still think we should take them seriously,” notes Jake Schneider of Team Trump, in a completely devastating, receipts-heavy thread on Twitter, exposing the media on their preferred platform.

It’s irrefutably CRUSHING to their claims of being the ones who “believe” in “the science” and reveals them again as the unparalleled greatest propagandist hacks in all of human history. History which they were actively working to bring to an end, by undermining public health for political control.

Just look at this. 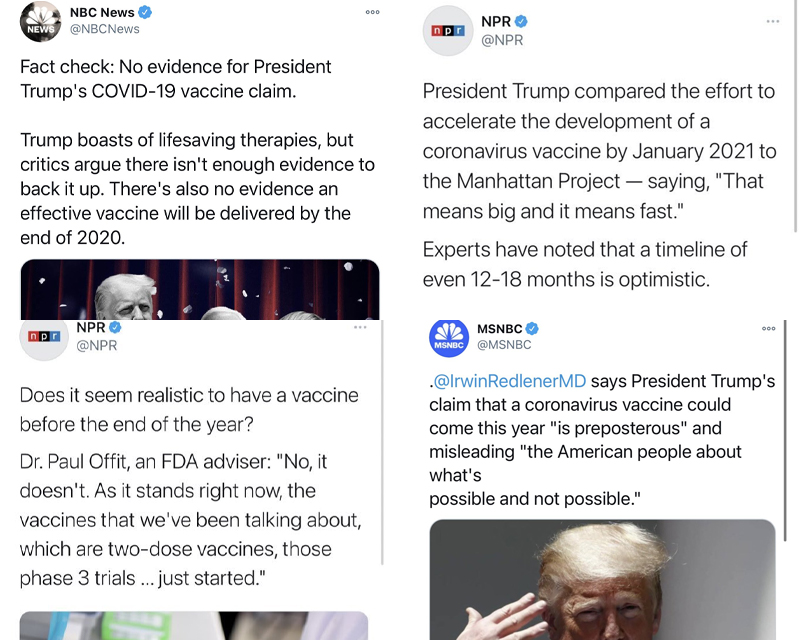 They still think we should take them seriously pic.twitter.com/vM5IurHB9Z 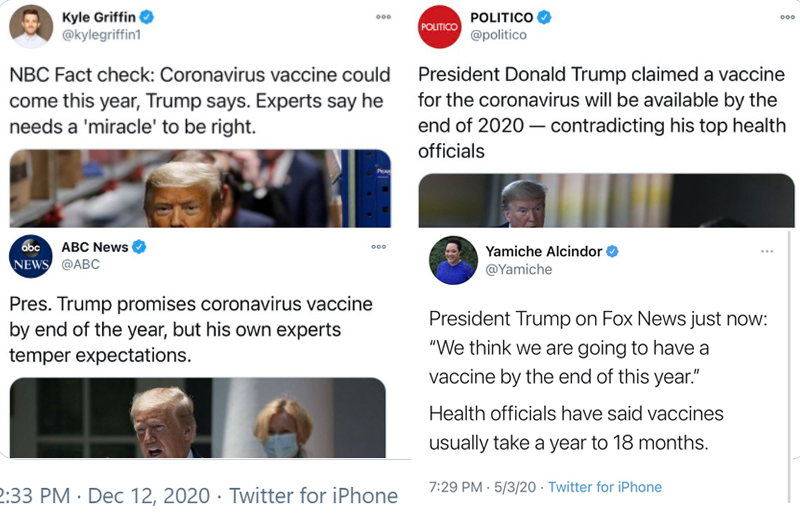 It’s really actually very disgusting what they are doing here. And they use Twitter to do it.

Gorka said yesterday it’s crazy not to be on Parler trying to break the Twitter stranglehold on information. And that’s true. But you also have to stay on top of what they’re doing in the bad place or they’ll just get away with it even easier.

Good for Schneider on doing that.

By the way, Twitchy suggests that NBC News update their stupid and wrong fact check from earlier this year. I say they should delete it and put an apology in its place.