Last night Acting DHS Secretary Chad Wolf called out the fake news media over their lies about the situation in Portland since the government made an agreement with the city:

“Reality Check: It’s been 10 days since the agreement between DHS and Oregon. During that time, Portland Police has declared riots or unlawful assemblies 12 times.

Rioting and arson are not actions of peaceful protesting.”

Reality Check: It’s been 10 days since the agreement between DHS and Oregon. During that time, @PortlandPolice has declared riots or unlawful assemblies 12 times.

Rioting and arson are not actions of peaceful protesting. pic.twitter.com/4hdZ5Vi90b

Wolf included screenshots of the fake news articles that all suggest that chaos has disappeared since the feds made their agreement with Portland: 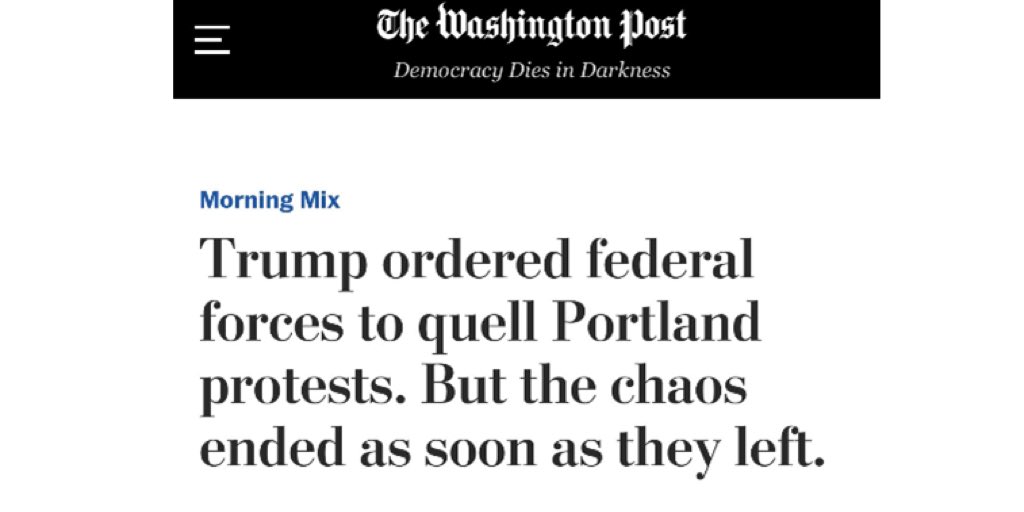 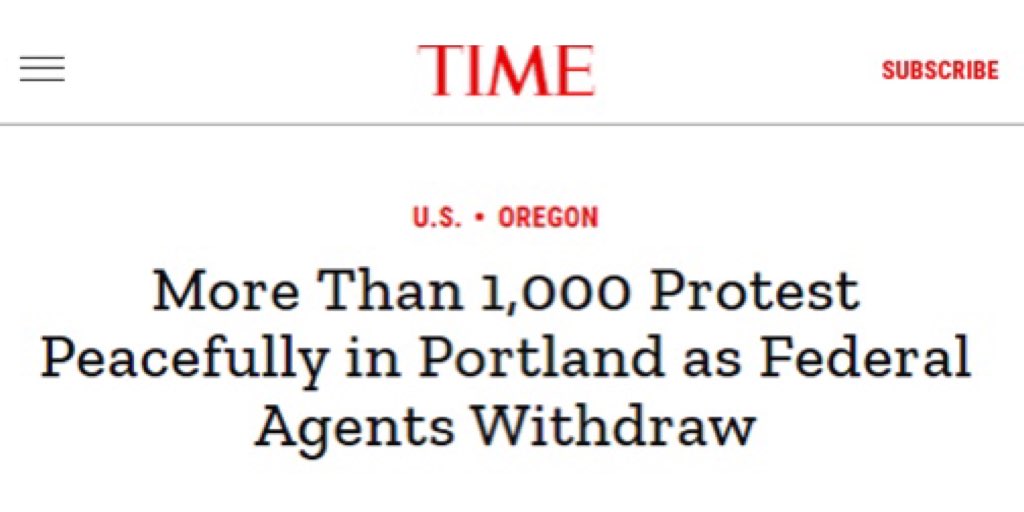 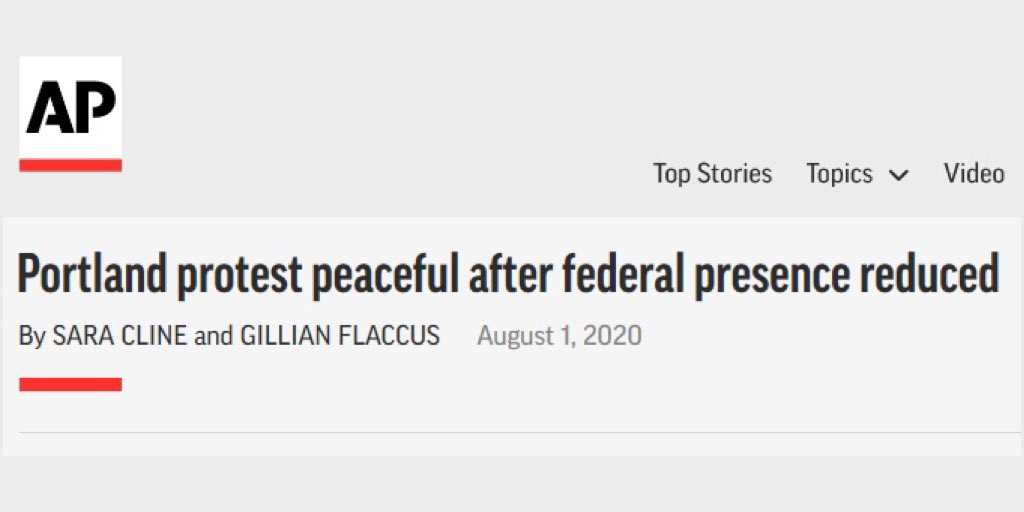 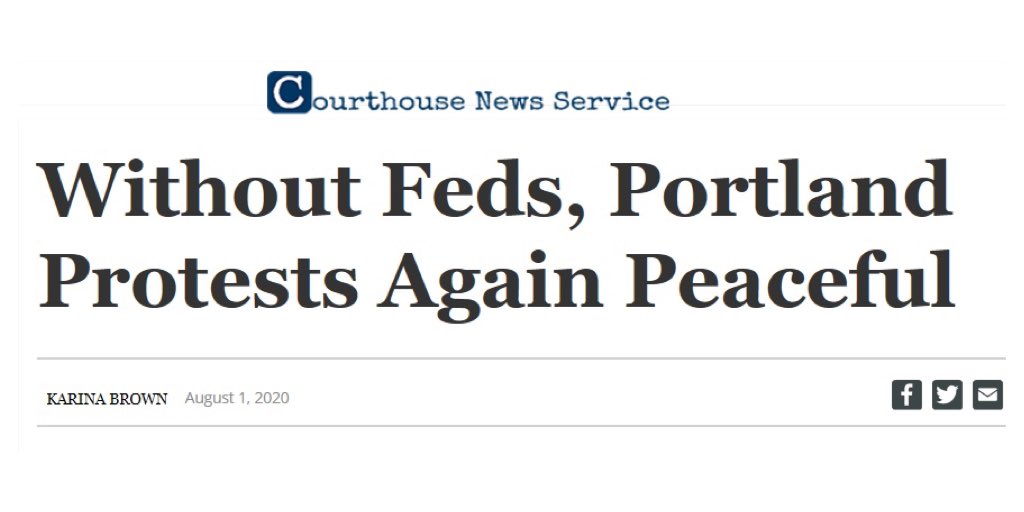 As Breitbart notes, the agreement was for both the state police and portland police to defend federal property. The Portland Police tweeted this morning that an officer was struck in the face with this large ball bearing last night:

At about 8:00p.m., a group began gathering at Alberta Park, 2001 Northeast Killingsworth Street. There, participants exercised their free speech rights. At 9:45p.m., a march began, blocking vehicular traffic. With shields at the front of the march, the group proceeded west on Northeast Killingsworth Street, ending at Portland Police North Precinct at 449 NE Emerson Street. This is a working Community Policing Center. There have been previous attempts to storm this building and burn it down with people still inside. Portland Police Officers and Oregon State Police Troopers stood at the perimeter of the property to prevent the gathering from approaching the building.

The crowd was issued warnings via loudspeaker and social media not to participate in criminal behavior including, but not limited to, vandalism, unlawful entry to the building, or fire starting. Failure to adhere to this order may result in arrest, citation, and/or the use of crowd control agents including tear gas and/or impact weapons.

Some individuals in the crowd began shining bright strobe lights in the officers’ and troopers’ eyes, causing them pain. Officers had to move vehicles into position to light up the crowd and make it more difficult to target officers with lights. There were also items thrown at officers including eggs and water bottles.

At 11:06p.m., due to the criminal activity, PPB declared an unlawful assembly. The order was given over loudspeaker to leave the area to the north. The gathering was warned that failure to adhere to this order may result in to arrest, citation, or crowd control agents, including, but not limited to, tear gas and/or impact weapons. Those that were not interested in a confrontation were given an opportunity to leave. Officers then began to physically move the crowd. The crowd began to move, but some individuals interfered with officers and were arrested. While one suspect was being processed, he kicked an Oregon State Police trooper and two Portland Police detectives. Additional charges were filed (see below).

Reports came in of other attacks on officers. One officer was struck in the face by a ball bearing (photo). The officer’s face shield protected him from what would have likely been a very serious injury. Another officer had an arm injury (hyperextended elbow) during a scuffle and she was treated and released from a hospital. Officers had golf balls (photo), rocks, and potatoes launched at them.

An Oregon State Police Trooper lost his body camera during the movement. A community member reached out and returned it to a supervisor.

Officers continued to move the crowd away from North Precinct. Some returned, more objects were thrown at officers, and more arrests were made. By about 2:00a.m., most of the crowd had dissipated.

There were 9 arrests made.

With all the rioting that has gone on over the last three months, the Oregon Governor still hasn’t called in the National Guard to restore peace. Instead he is letting police officials fight a war with these terrorists on a nightly basis.