The DOJ listed on it’s website today three Democrat cities which it has identified as permitting violence and destruction of property:

The purpose of this identification is in conjunction with President Trump’s executive order that will defund cities that are intentionally allowing lawlessness.

My Administration will do everything in its power to prevent weak mayors and lawless cities from taking Federal dollars while they let anarchists harm people, burn buildings, and ruin lives and businesses. We’re putting them on notice today. @RussVought45

Here’s more from the DOJ:

The U.S. Department of Justice today identified the following three jurisdictions that have permitted violence and destruction of property to persist and have refused to undertake reasonable measures to counteract criminal activities: New York City; Portland, Oregon; and Seattle, Washington. The Department of Justice is continuing to work to identify jurisdictions that meet the criteria set out in the President’s Memorandum and will periodically update the list of selected jurisdictions as required therein.

The list was published on DOJ’s website today in response to President Trump’s memorandum of September 2, 2020, entitled “Memorandum on Reviewing Funding to State and Local Government Recipients That Are Permitting Anarchy, Violence, and Destruction in American Cities.”

“When state and local leaders impede their own law enforcement officers and agencies from doing their jobs, it endangers innocent citizens who deserve to be protected, including those who are trying to peacefully assemble and protest,” said Attorney General William P. Barr. “We cannot allow federal tax dollars to be wasted when the safety of the citizenry hangs in the balance. It is my hope that the cities identified by the Department of Justice today will reverse course and become serious about performing the basic function of government and start protecting their own citizens.”

The DOJ also listed the reasons for the identification of each city: 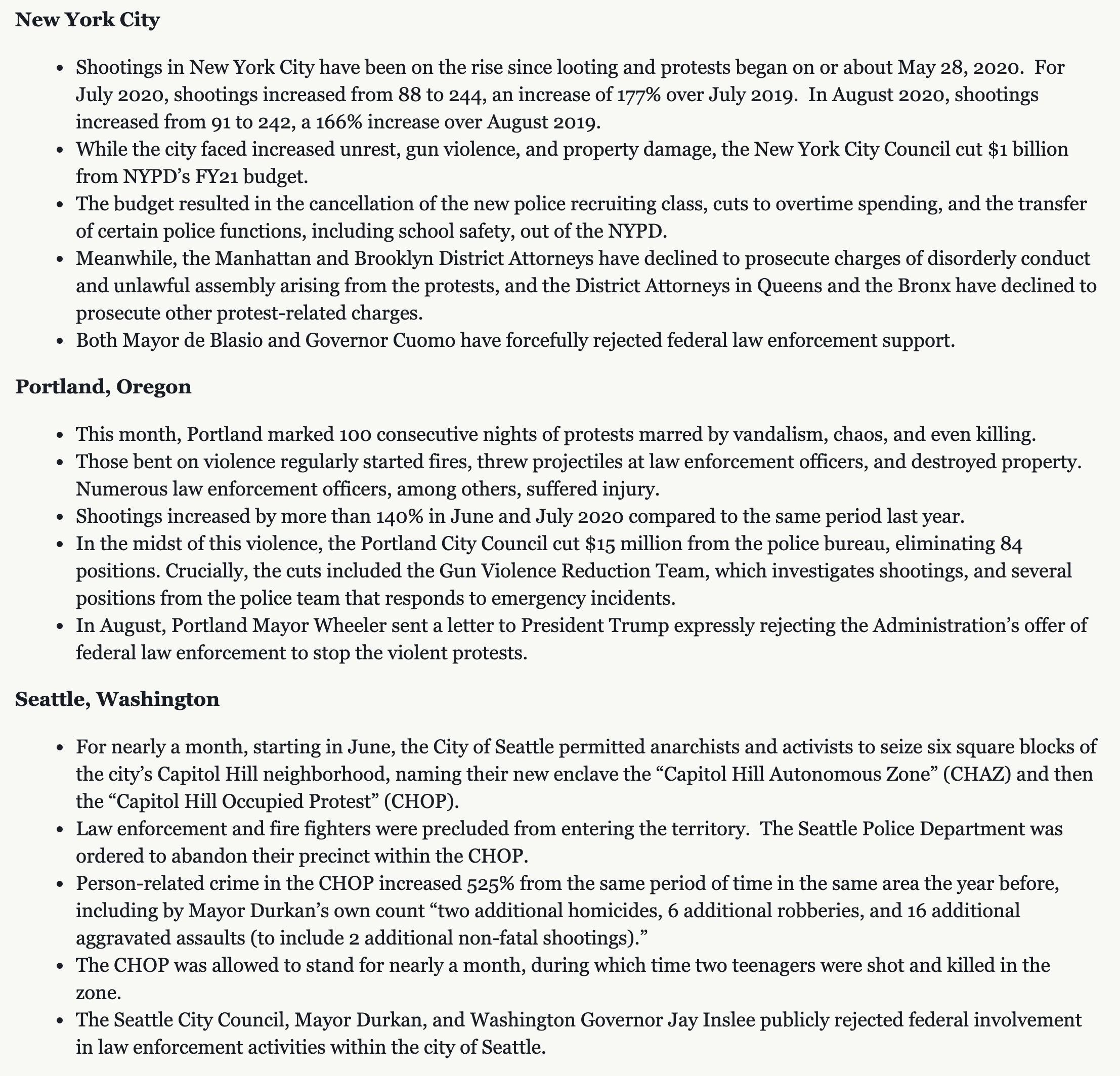