Never let yourself fall into the trap of thinking that the world can’t get stupider. And never EVER let yourself think that just because something is stupid that it isn’t also evil.

And of course, also never let it be said people didn’t already think Microsoft was evil. But this new feature of Microsoft Word is pretty dumb and evil and weird and … facepalm.

From the Daily Mail:

Microsoft has included a new function in the latest version of its Word software that acts as a checker for inclusivity and offers PC alternatives to phrases which could upset others.

Traditionally, Microsoft Word has offered tools to its 250million users such as checking software for spelling, punctuation and grammar.

But now, the tech giant has added an additional feature which reads through a user’s work and examines whether the language used may offend an individual.

The new checker underlines unwoke words with a purple line. 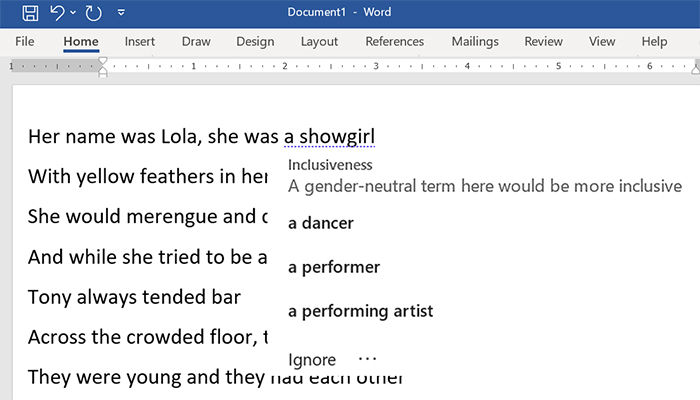 You guys, it’s funny, but it’s more than that. It’s part of the control. Orwell has explained through fiction what we’ve all experienced in reality: That controlling language is controlling thought.

It’s dumb, but it’s bad and scary and evil too. And when it’s just one part of a bigger war, you can see it all fitting together.

HAVE AN OPEN THREAD SO WE CAN CELEBRATE FREEDOM OF SPEECH.
But keep it clean. Not for tech’s sake, but because we’re decent folk who don’t need hall monitors.