Facebook is losing its politically correct mind. It has recently started banning posts that contain the phrase ‘illegal immigrant’ as some sort of hate speech. Ridiculous!

THE BLAZE – According to Blue Lives Matter, Facebook has informed multiple users that posts declaring “Arriaga” to be an “illegal immigrant” or “illegal alien” violate the platform’s community rules for “hate speech.”

“This photo goes against our Community Standards on hate speech,” Facebook told the user. 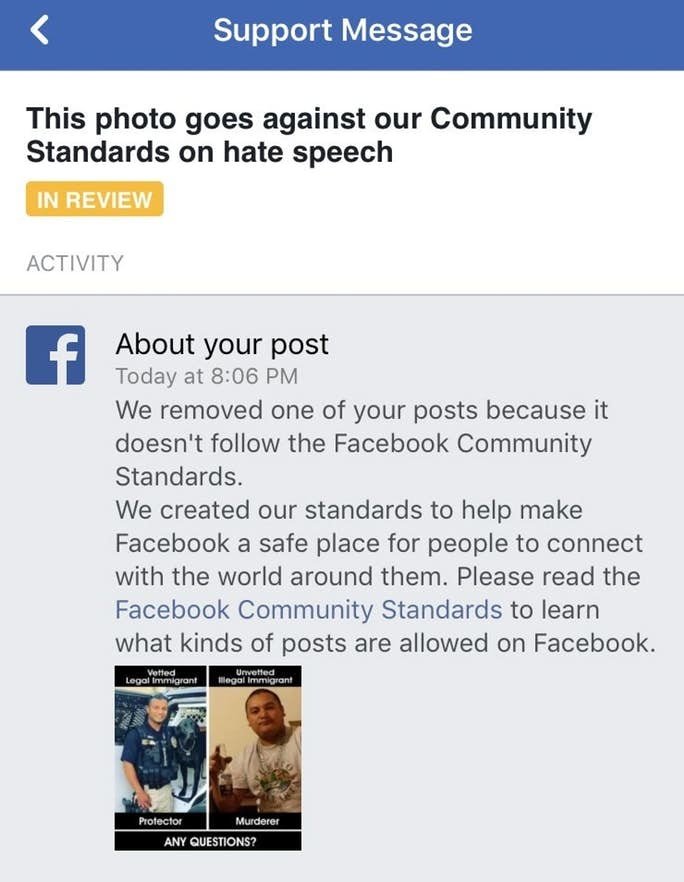 Meanwhile, another Facebook user who posted Singh’s picture and referred to Arriaga as an “illegal alien” — a standard phrase used to refer to illegal immigrants — was similarly reprimanded for “hate speech.” 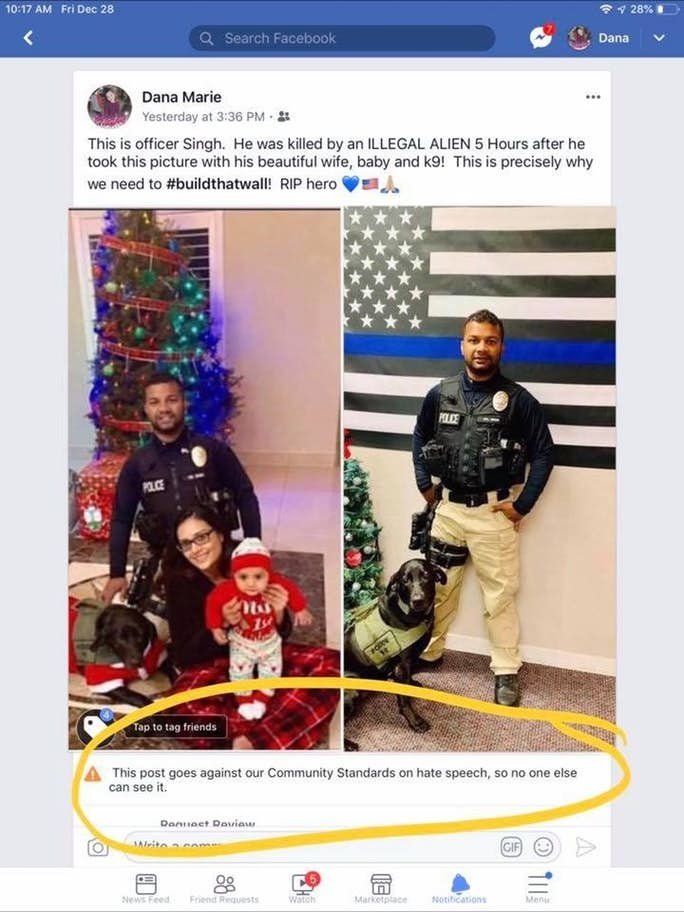 This is getting out of control. There is nothing offensive about this photo or language whatsoever. Or the other one above.

Clearly Facebook is trying to force people to use the politically correct phrase “undocumented immigrant” because they want to create a ‘safe space’ or something. But illegals aren’t just undocumented. They are illegal! They came into this country illegally or they remained her illegally. It’ an accurate term that I refuse to let the pc police demonize like they’ve done other words.

Also, this guy is a murderer. Not just any murderer, but a cop murderer. So what the heck Facebook???