Dementia Joe took off in the wrong direction after speaking in Florida during the aftermath of Hurricane Ian.

As you’ll see, the FEMA administrator calls Biden’s name and attempts to direct him in the right direction. She fails, and Biden ends up shaking people’s hands to cover for his mistake.

In other news, the leftist group Occupy Democrats wished for Hurricane Ian to kill President Trump in a now deleted tweet.

The tweet said “Dear Ian, You had one job…” and they posted a photo of Mar-a-Lago below the text: 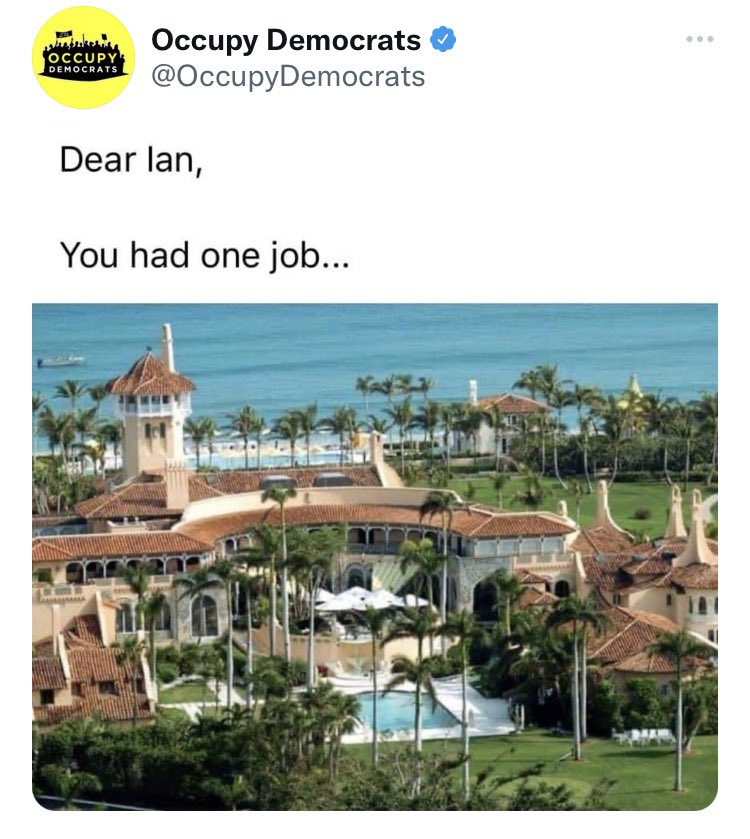 It’s no wonder they deleted it because even they know it crossed the line.