If you watch General Hospital then you’re probably familiar with Nancy Lee Grahn, who just got caugh red-handed over lies about the Trump administration’s treatment of illegals at the border: 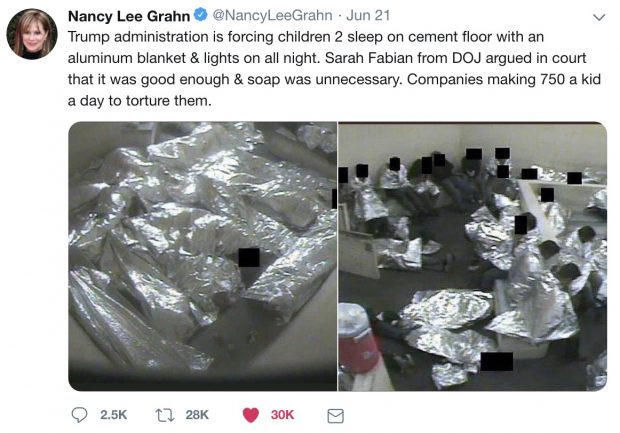 There’s a big problem with these photos. They aren’t from the Trump administration.

In fact they are from 2015 under the Obama administration. Note the timestamp:

these pictures are from 2015 under Obama and you cropped the time stamp out of the picture pic.twitter.com/j7i5BB0F6k

The photos appeared to surface in 2016 from this New York Times article. The captions note the photos are from August of 2015:

Despite being exposed, Grahn, who is very anti-Trump, has kept the tweet pinned to the top of her twitter feed as if she doesn’t care. It currently has over 32,000 retweets and even more likes.