The leftists at ABC’s The View sent Governor Ron DeSantis an invitation to join them on the show, saying they “would be honored” to have him as a guest:

.@TheView emailed our office on Friday asking for us to arrange an appearance from Governor DeSantis on the show. "We would be honored," they wrote.

Notice the video from The View his Deputy Press Secretary used when telling everyone about the invite. And that video is from yesterday, where The View leftists are trashing Republicans ‘too extreme’.

Today the office of Governor DeSantis responded to the invite and turned it down.

But that’s not the best part. Read how he turned it down… 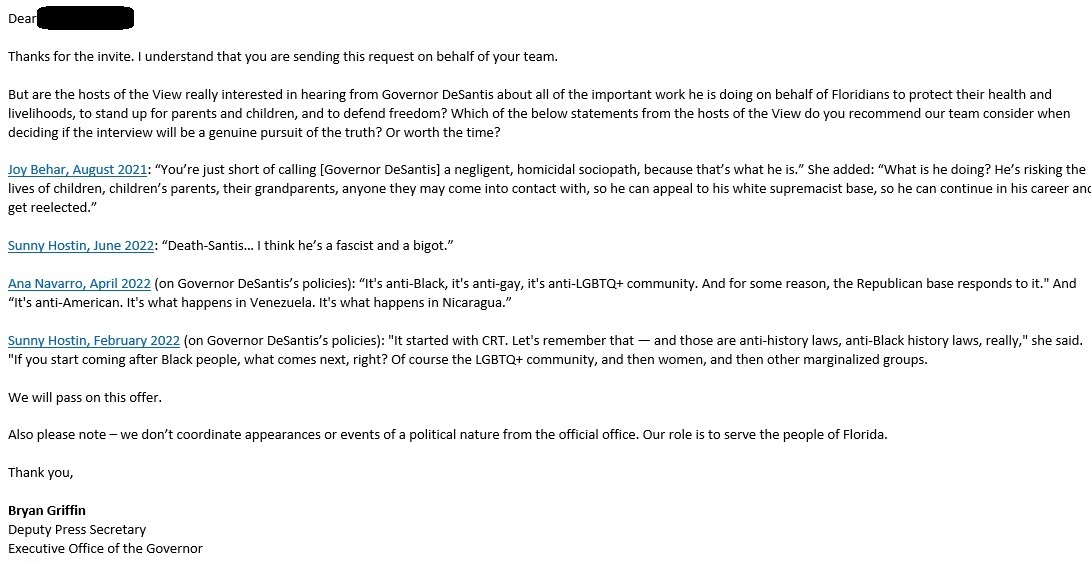 He quoted several of them trashing him over the course of this year with absurd language, calling him a homicidal sociopath, a fascist and a bigot and so on and so forth.

He threw their words right back in their leftist faces. Brilliant!

And if that’s not enough, Deputy Press Secretary Bryan Griffin also points out that they didn’t even send the invite to the right place. LOL!

I love everything about this. Glad DeSantis stood his ground and refused to give his enemies a chance to try and make him look bad. As if that’s even possible.