I saw a pretty funny tweet from a lefty liberal about Beto O’Rourke and how much support he has.

This is in Washington D.C.:

That made me wonder, just how much support for O’Rourke is coming from liberal states outside of Texas?

So, I jaunted over to the Open Secrets election funding website, and found this handy little map of the total donations to O’Rourke’s campaign: 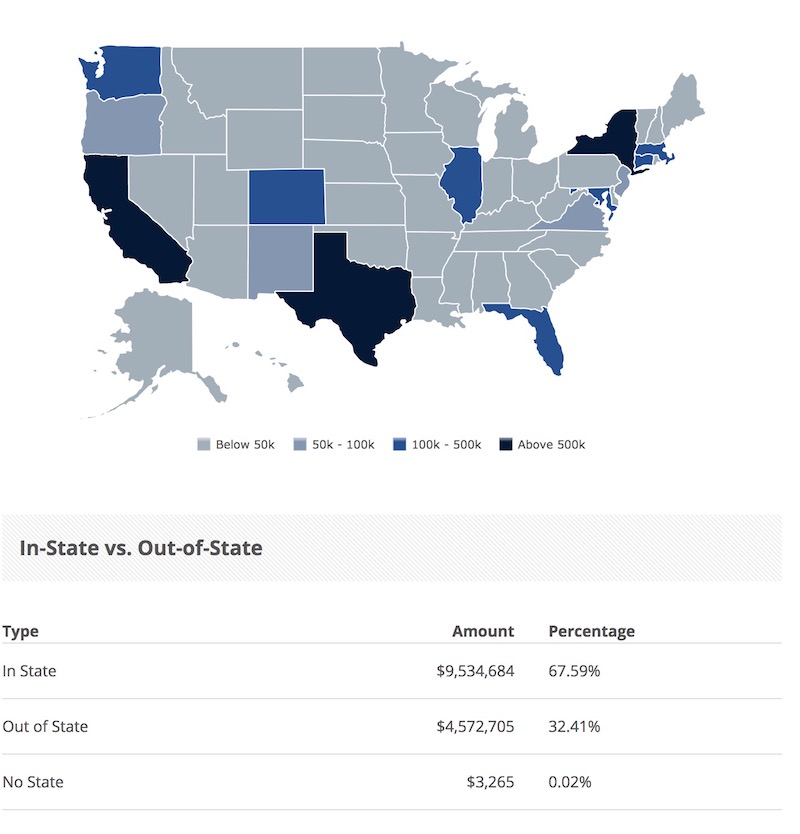 That is more than HALF of the total money from states outside of Texas (56%). 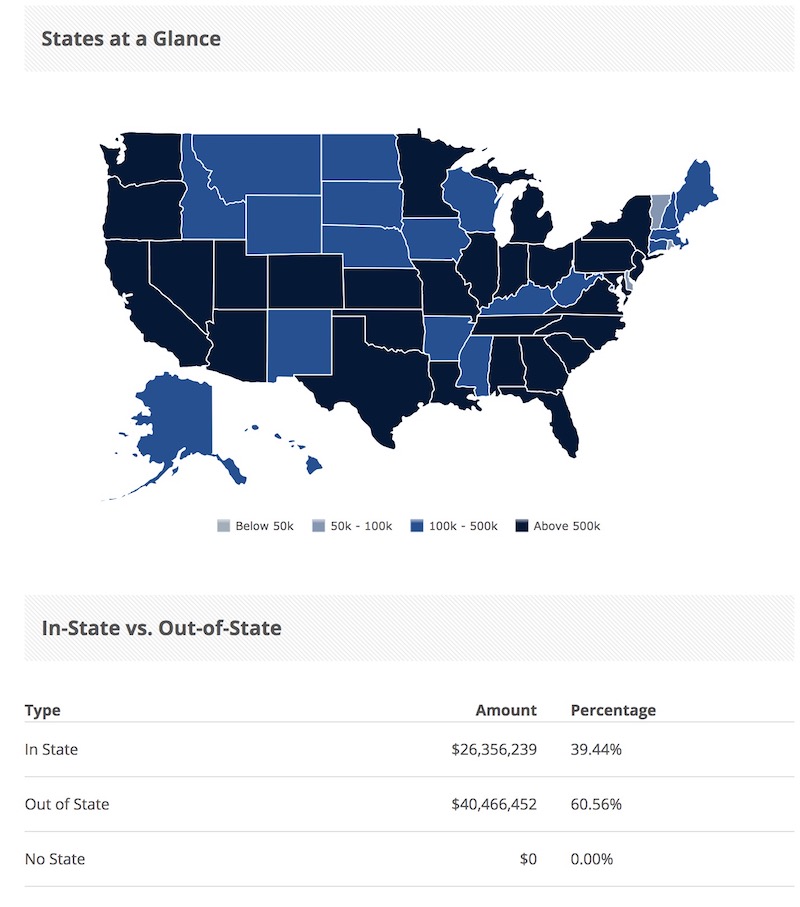 Whatever else you want to say about their out-of-state support, at least Cruz’s is more representative of the entire country instead of just TWO states.

Finally, lets compare apples to apples. Cruz has $26 million in donations from Texas, whereas Beto O’Rourke only has $9 million. Now, I’m not saying that money determines elections. It doesn’t. BUT, money is generally representative of what people want in a state. Studies of U.S. elections show that money doesn’t determine the outcome of elections [like many annoying liberals assume it does], but rather that in a district where one politician has a lot of support, he will be able to raise a lot of money.

And that is why TedNado will beat back the liberal hordes from California and New York, and keep Texas red.