via The Daily Caller:

“I don’t believe we should be in the midst of a big disruption while we are trying to get to 100% coverage and deal with costs,” Clinton said at an event The New York Times hosted.

“The smarter approach is to build on what we have; a public option is something I’ve been in favor of for a very long time,” said Clinton.

Clinton said she would support a debate on any universal health care plan, but that it was not politically feasible.

“You just don’t think that that plan would ever get enacted?” Aaron Ross Sorkin, the event moderator, asked.

“No, I don’t. I don’t. But the goal is the right goal,” said Clinton, who polled neck-and-neck with former Vice President Joe Biden in a hypothetical October poll of the Democratic field.

This just shows how far left Democrats have gone in this presidential election, that even other leftists like Hillary Clinton are saying their policies aren’t realistic.

And it’s not just Medicare For All that Hillary is dumping on. According to Fox News, she also criticized Warren’s wealth tax: 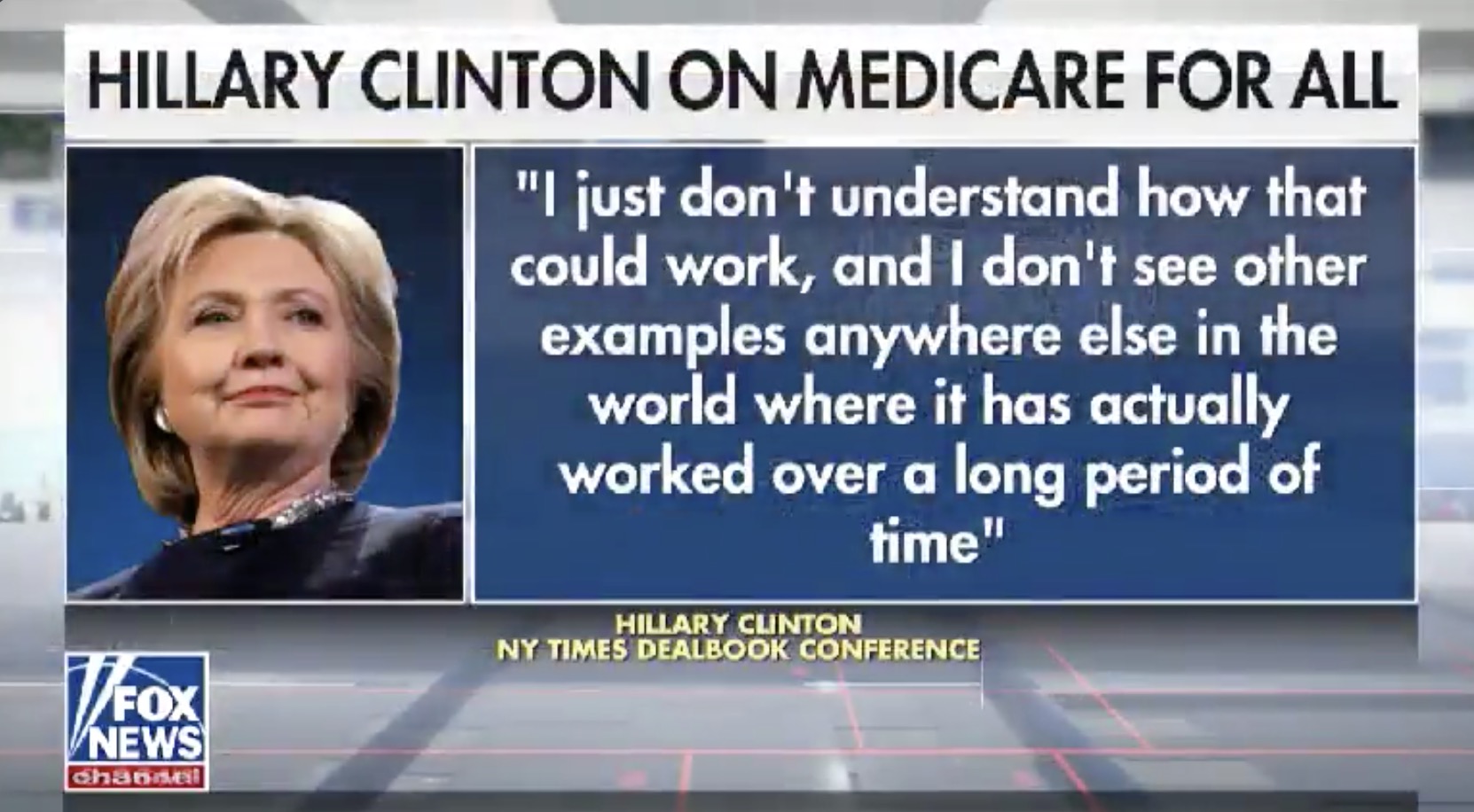 “I just don’t see how that could work, and I don’t see other examples anywhere else in the world where it has actually worked over a long period of time”

You know it’s one thing for another presidential candidate who is running to make these claims, but when Hillary says it more people will listen because she has ‘gravitas’ on the left. How that affects Warren at this point I don’t know, but I do wonder if she’ll hit Clinton like she hit Biden, accusing him of spouting Republican talking points.

Speaking of Biden, he’s got to be loving this, at least for now. It could be that Hillary is signaling a possible entrance into the race with these comments and that would mean bad news for his campaign.