Washington Post’s Ruth Marcus says a SCOTUS seat is too important to do fact-checking or truthfulness. Except when she says the opposite. So just like everyone else in the media all the time.

But Ruthy not only got called out for it, she actually tried to explain it away. It’s kind of amazing.

Look at the before and after here. 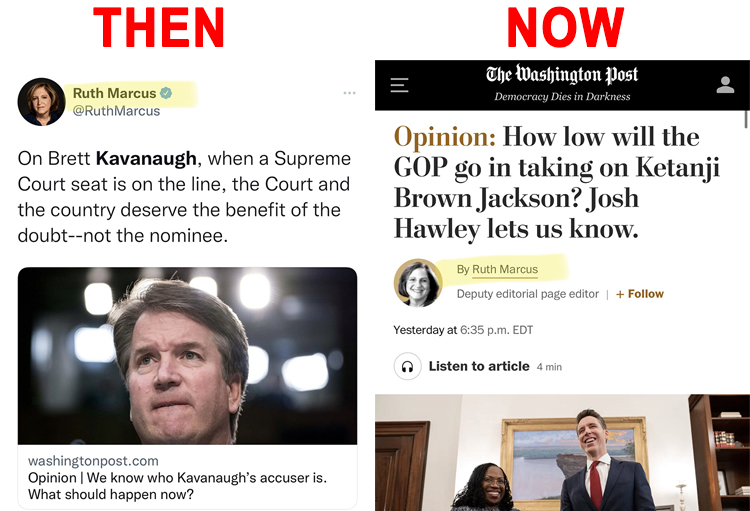 When someone put that on Twitter, ol’ Ruth chimed in rather embarrassingly.

Both of these columns are fair, accurate and consistent. I found Christine Blasey Ford’s testimony about about Brett Kavanaugh’s behavior convincing, but there was room for doubt. Here there is a completely out of context and cherry-picked attack on a nominee. https://t.co/776tHwYwTK

Now y’all gotta understand, this is EXACTLY what they all think. They ALWAYS think their poop don’t stink, and that people are too dumb, or too like-minded, to treat their double standards as bad.

Or to put it another way:

"It's different when I do it." https://t.co/USvgY4oNdp

Y’all know I’ve said this before but I’m gonna say it again: you can’t even say “unbelievable” because it’s totally believable. And expected.

Dig in down below.