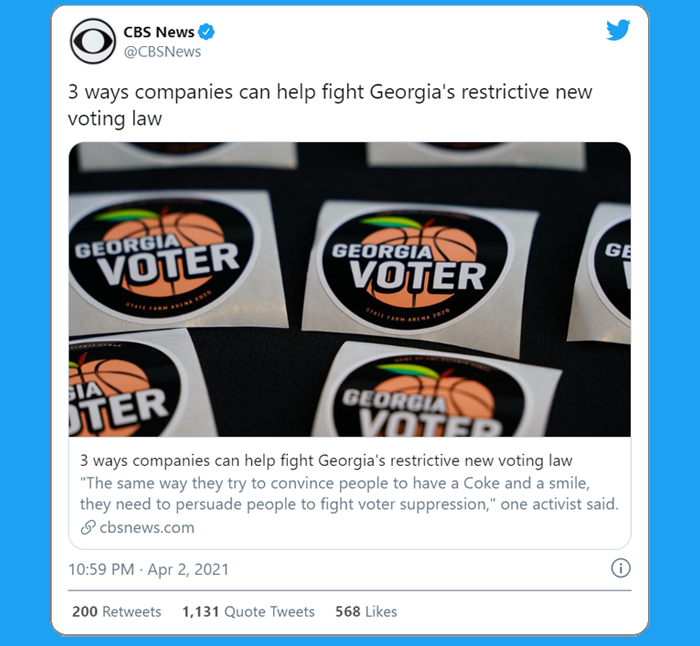 It’s unbelievable. But they think it’s fine. See they are the GOOD guys and they are fighting the BAD guys, WHY DON’T YOU UNDERSTAAAAAAND???

Girdusky has the point they will never get.

No, I can't imagine why trust in the media has collapsed https://t.co/7wnRdIC9RP

Here are some more truths from people too smart for the media scam.

I'm old enough to remember when media outlets at least pretended that they were doing journalism, not activism. https://t.co/Sxm56s2wH4

Its official! @CBSNews is registering as a Democrat SuperPAC https://t.co/1Y7I6qk2DI

it is important to be honest about what our media is: Democrat activists who push lies and propaganda. They must be stopped. https://t.co/sY6b9GvnnP

CBS was at one time a real news organization. https://t.co/Dher2lyR3k

Note this isn’t marked as an opinion – they consider this real news.

Believe me there are more.

[UPDATE]: They deleted it! Not that it changes anything but that’s funny.