A high school in Iowa, Ankeny High School, allowed the Gay Straight Alliance to hold a drag show for their end of the year party.

Below is video that was posted by the Iowa Standard on Rumble (h/t: Libs of TikTok):

Here’s more from the Iowa Standard:

Students were also talked to about gender identity and expression.

“Specifically to me, I thought much more about drag before I thought about how gender identity is really interwoven with the art form,” one of the drag queens told students.

They told about a broadway show dealing with a drag queen learning to live with their father not accepting “who they are.”

The Iowa Standard also posted a photo of one of the students giving money to one of the drag performers: 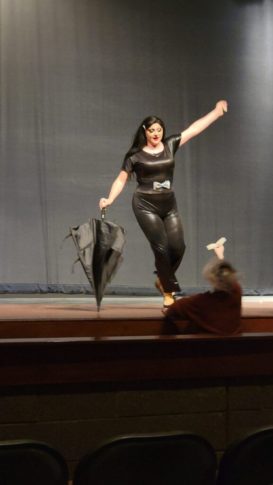 The paper contacted the school but thus far hasn’t gotten any response:

The Iowa Standard contacted Ankeny High School as well as the district. So far we have not heard back. We asked three questions:

I suspect that most parents didn’t even know about this and will likely be outraged when they learn the news, especially if their child was present.