House Minority Leader Kevin McCarthy is fed up with Liz Cheney. A popular sentiment on the right, believe you me. And listen, wherever it is that he resides or whomever he rents from, he’s right on this one.

“I think she’s got real problems,” said Rep. Kevin ‘Captain Obvious’ McCarthy. He was talking to Steve Doocy off-air before going live and his mic was on. Axios got wind of the comment but the didn’t have the video/audio.

But the icing was saying “well, someone just has to bring a motion, but I assume that will probably take place.”

It probably will. Meanwhile the RINO caucus is circling the wagons ahead of her now-expected removal. 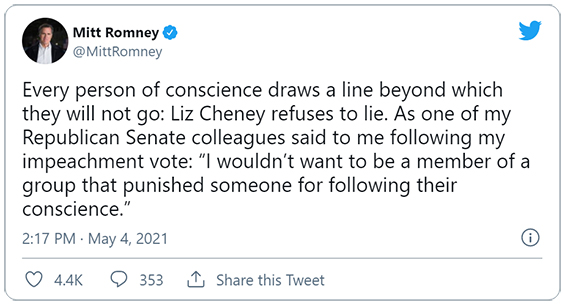 No matter what else, her time is and should be limited in her leadership role. She’s at war with the rest of the party. How is that supposed to work going forward?