OK listen. I know we all just scan articles for the content and often miss the details. You need to not do that here. You need to calm your attention deficit disorder, sit down, maybe make some coffee, and enjoy this bizarre video of crazy creepy uncle Joe Biden.

This is BIZARRE!
Here's Joe Biden telling the story of his face-off with a gang of razor-wielding ne'er-do-wells led by a guy named 'Corn Pop.' pic.twitter.com/DddRtWgdza

Those black kids behind him are totally confused. What a great video. It’s so insane that I don’t even know what part of it is the most unlikely and irrational.

But that’s OK because there are some quality takes on this from social media that will do the job for me. Whatever you might say about the deleterious effects of social media on the polis, at least it’s an ethos. What? Anyway, read’em:

Corn Pop was a Dapper Dan man and I had to crank my car to start it and my record player was a pterodactyl and you put his beak in the grooves of the record and the only record we had was the national anthem https://t.co/e3uTQnIHRt

Good news! I tracked down the actual footage of Biden's run-in with Corn Pop's gang [Not For Sensitive Viewers] pic.twitter.com/ridUzkRMhm

BUT NONE BEATS THIS ONE from a writer at The Root, a liberal black publication:

Thread: I'm always astounded by the imaginings of white people as it relates to race. Many of them have this fictionalized jigaboo version that is almost alien-like. And one of the greatest examples of this ever is Joe Biden's story about Corn Pop the gangsta. 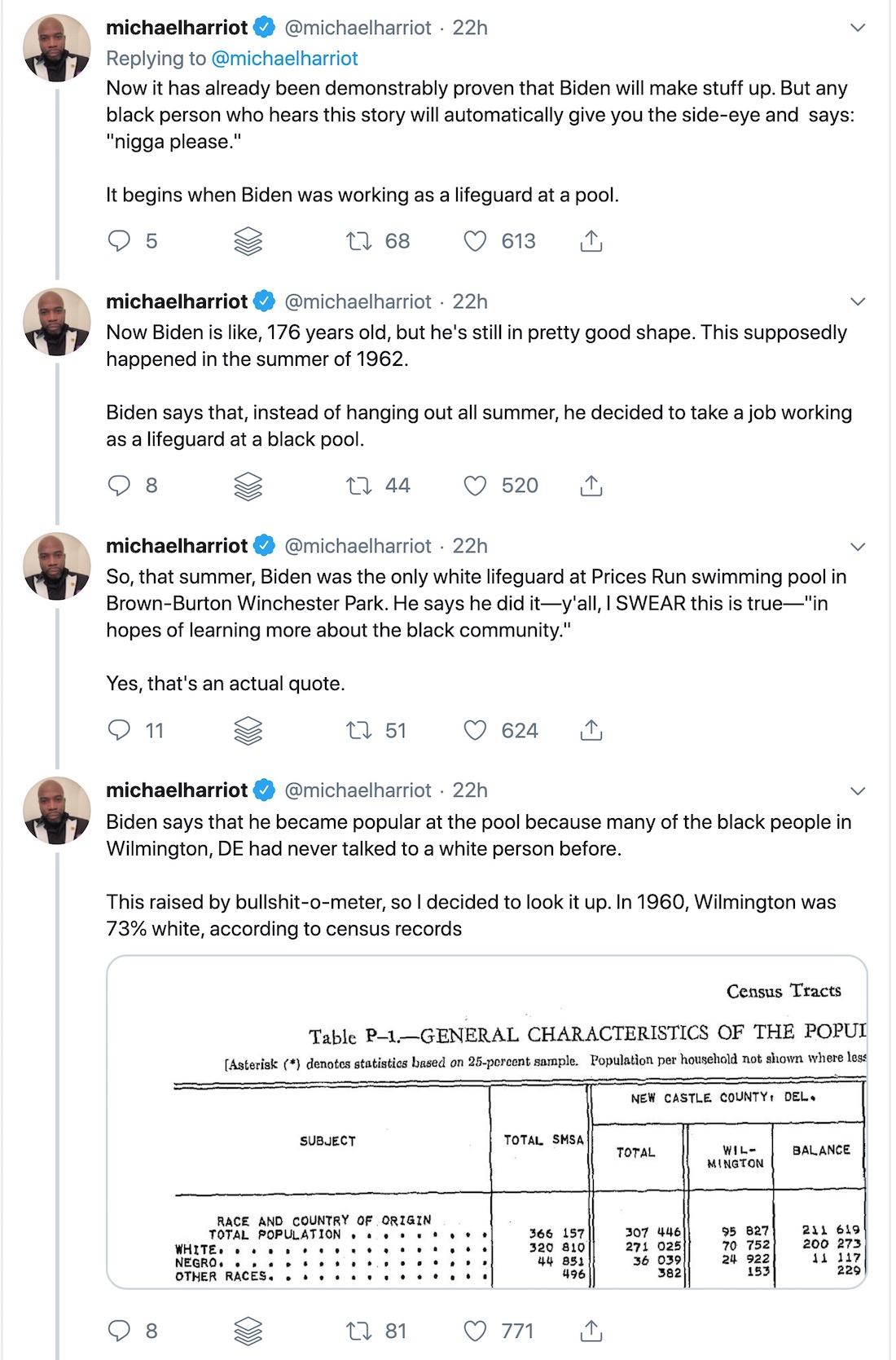 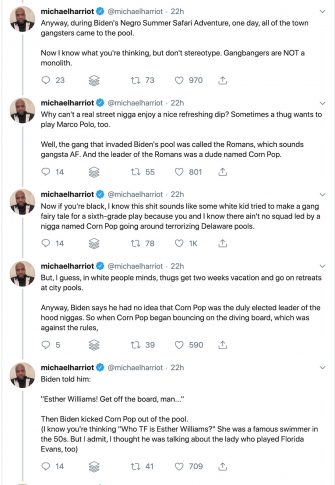 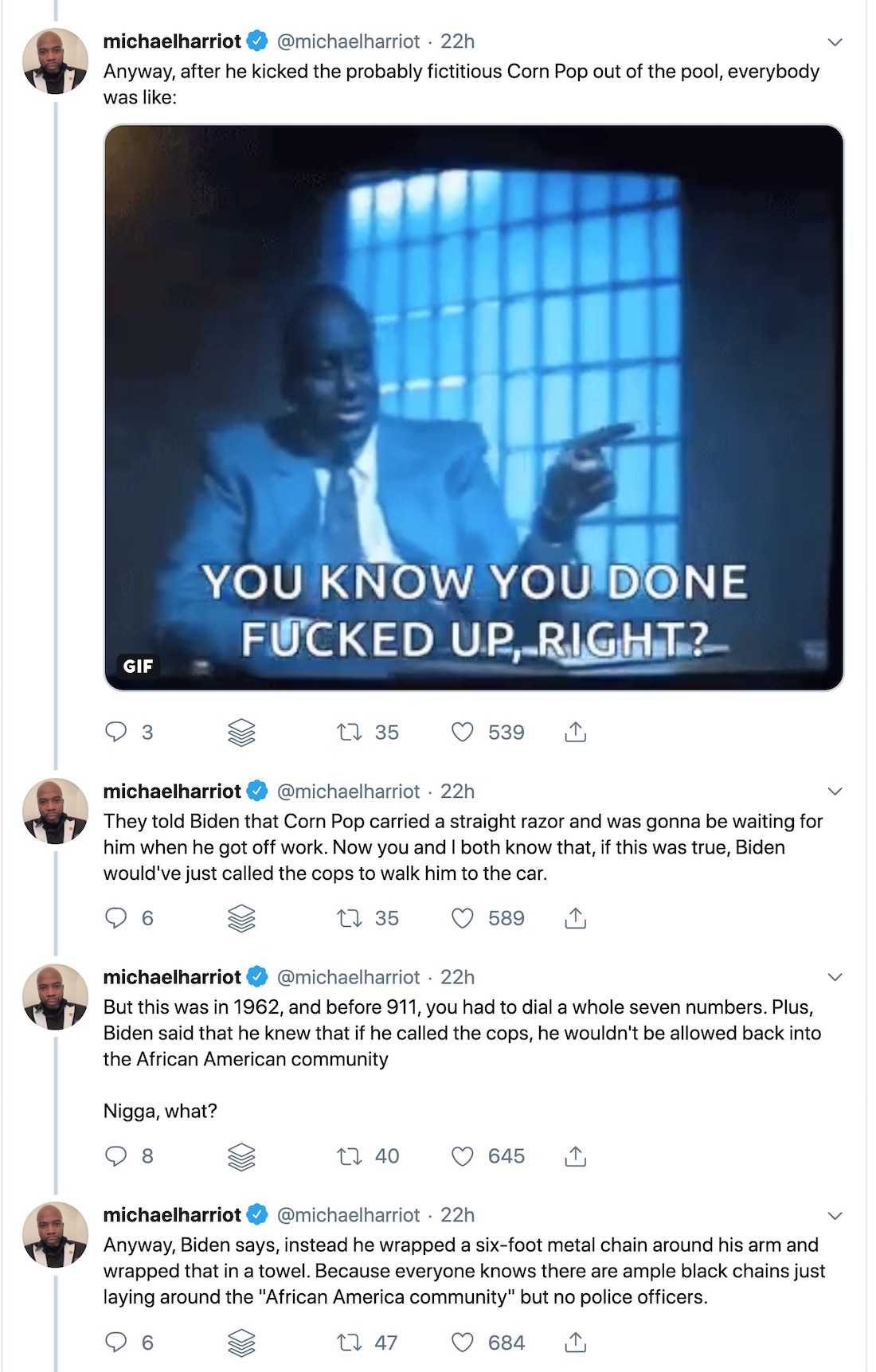 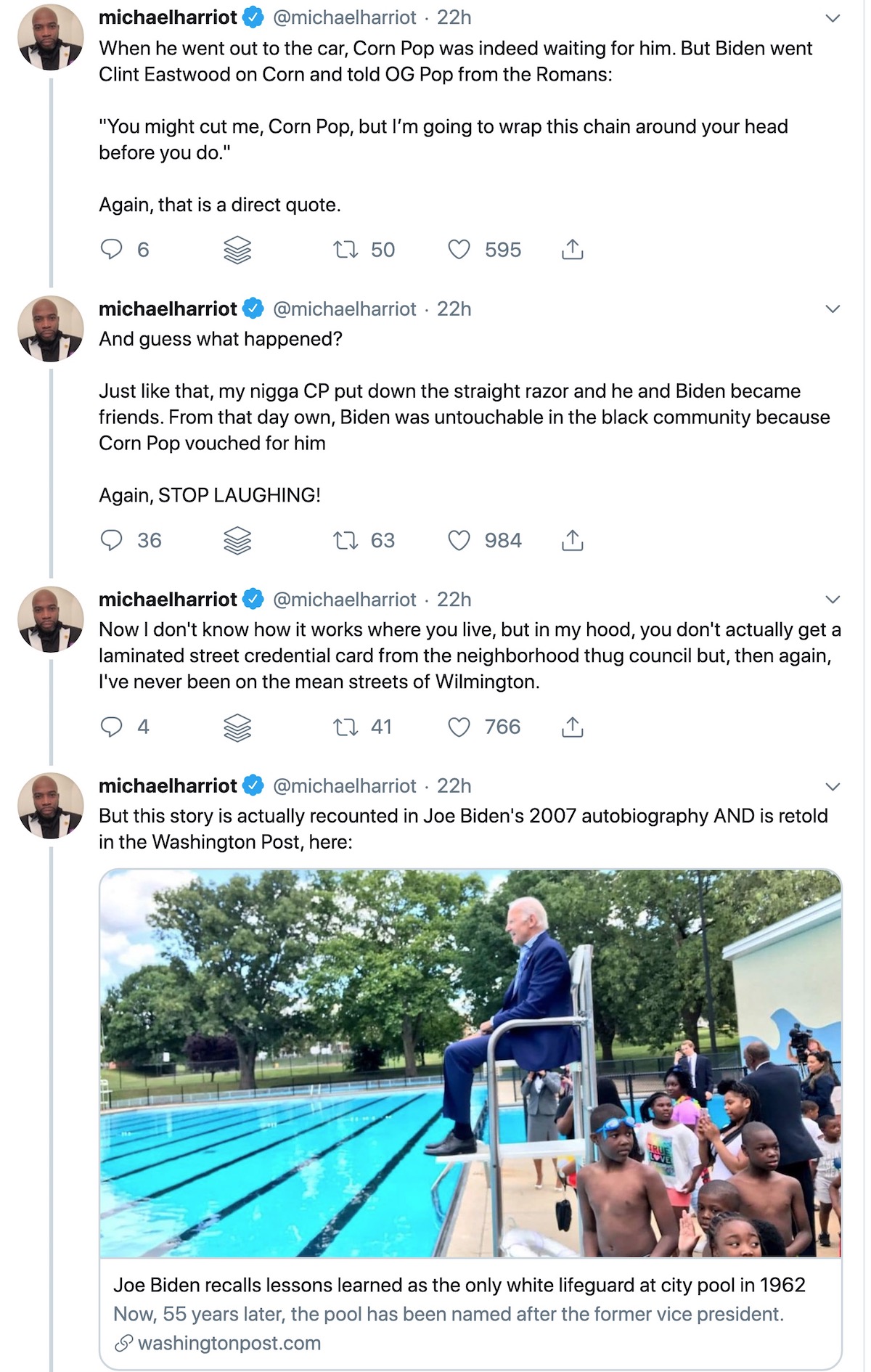 But this is not about Biden.

This is a celebration of the life of a straight razor-carrying certified street thug who I’d bet my pinky toe never existed. But if you ask Biden, I bet he’d say Corn Pop has passed on.

RIP my nigga Corn Pop.
This is how it sounds when thugs die

Wow. And that’s from the left!! LOL!! Biden has got some problems.