A group of eight lawmakers, four House members and four Senators, sent a scathing letter to NBA Commissioner Adam Silver over him putting profit over the fight for democracy with the Chinese:

“It is outrageous that the Chinese Communist Party is using its economic power to suppress the speech of Americans inside the United States,” they'll say, per a draft obtained by CNN. “It is also outrageous that the NBA has caved to Chinese government demands for contrition.”

They write the NBA “should have anticipated the challenges of doing business in a country run by a repressive single party government—including by being prepared to stand in strong defense of the freedom of expression of its employees, players, and affiliates across the globe.”

"You have more power to take a stand than most of the Chinese government’s targets… It’s not unreasonable to expect American companies to put our fundamental democratic rights ahead of profit — the very rights that have fostered their success and our nation’s wealth."

I know that last tweet is too difficult to read at that size, so here’s a bigger version of the image: 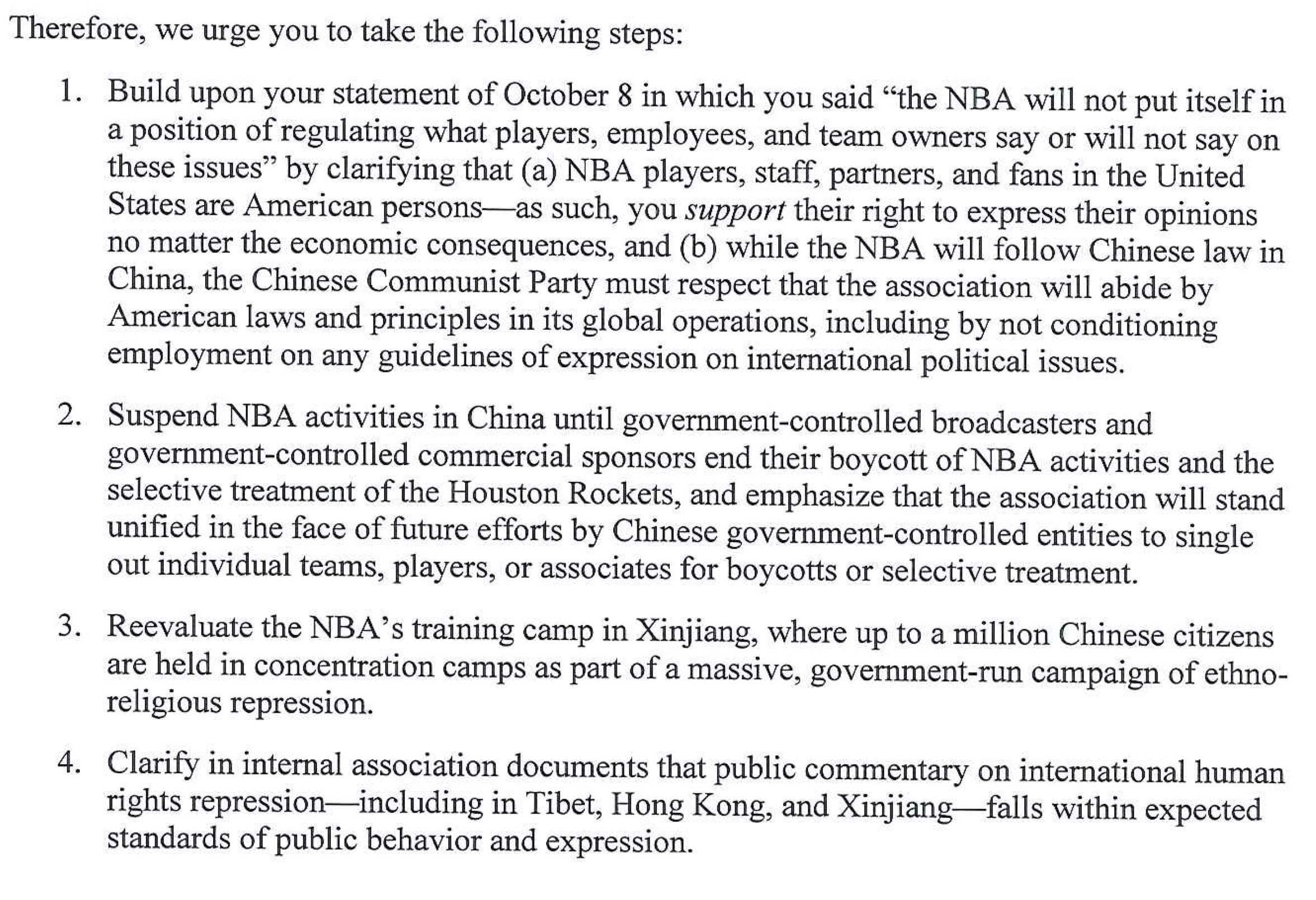 In essence, they tell Silver he should be unequivocal with the Chinese government that he will SUPPORT players, employees, and owners right to freely express their opinions and that he should pull the NBA out of China until they end their boycotts of the Houston Rockets.

I told you earlier that Silver was in China trying to appease the Chinese, so this letter couldn’t be more timely.

Here’s the full letter if you want to read it.