Yesterday a man tried to blow himself up and a vehicle outside of the Pentagon. The man was stopped by a Pentagon Police Officer before he could do it:

The man’s name was Matthew Dimitri Richardson. Police observed him trying to set a piece of fabric on fire that was sticking out of the gas tank. He was trying to light it with a cigarette lighter.

Richardson told the officer he was trying to blow himself up and the vehicle.

Here’s the court document from the officer describing what happened: 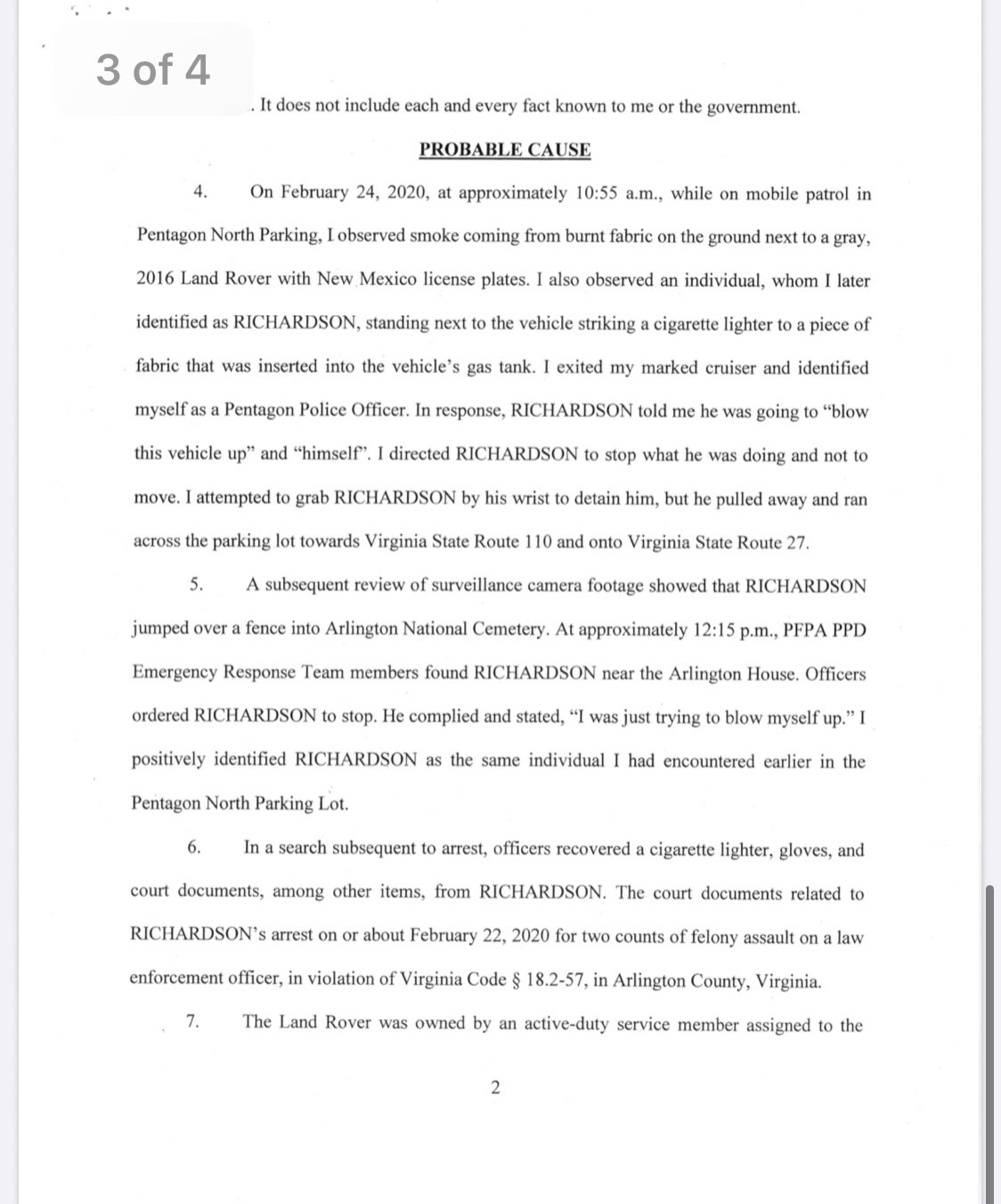