AXIOS – Fresh internal documents from the Department of Health and Human Services show how quickly the number of child migrants crossing the border is overwhelming the administration’s stretched resources.

In the week ending March 1, the Border Patrol referred to HHS custody an average of 321 children per day, according to documents obtained by Axios. That’s up from a weekly average of 203 in late January and early February — and just 47 per day during the first week of January.

The same documents, dated Tuesday, say the shelter system is at 94% occupancy and expected to reach its maximum this month.

Allow me to put this 321-children-per-day number into perspective. During the 2019 border crisis under the Trump administration, there were nearly 12,000 children crossing the border monthly at the peak in May. In April of that year, there were over 9,200, which was slightly down from the previous month: 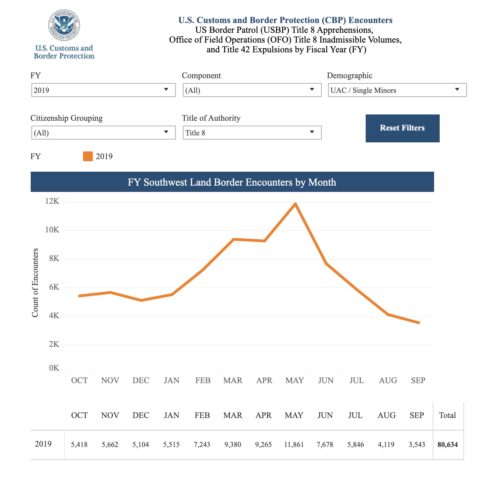 Extrapolating the numbers based on the average above, Biden is already over 9,600 children per month, which is just a tad more than what it was in 2019. And his own people are projecting 13,000 children in May, which is much higher than what we saw in 2019. That was a crisis year for border crossings and this year looks like it’s going to be worse, especially given that Biden has undone the protections Trump put in place to keep this from happening. But hey, there’s no crisis. Nothing to see here. Don’t believe your lying eyes!

HHS has already moved to open overflow shelters and to increase the speed with which it releases children to caretakers already in the U.S.

In the week ending March 1, an average of 174 children were released from HHS custody each day. That was up from a weekly average of 90 in late January and early February, according to the documents.

Nonetheless, the number of migrants held in Border Patrol custody longer than three days has been rising nearly each day, according to additional documents reviewed by Axios.

Kids and teens caught crossing the border without legal guardians are being held in Border Patrol facilities for more than three days, for an average of 77 hours, as CNN first reported.

All we’re talking about here are children. Not family units nor single adults, both of which make up for the biggest numbers of illegals crossing the border. 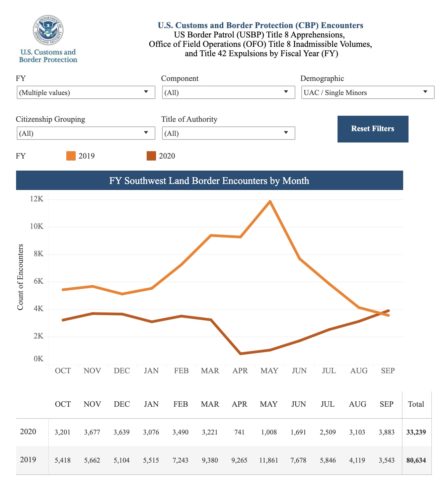 Biden is undoing it all and making the problem far worse. How irresponsible.