There is nothing quite so barren of scruples and ethics than a leftwing mainstream media journalist on the “right side of history.” They march in lock goose step across the airwaves and social media, condemning all who dare resist. No one is safe when they decide that THEY know what is the RIGHT thing to do, a phenomenon never more obvious than during the Covid era. And in the era, NOWHERE more so than on vaccines.

Granted, they are HUGE hypocrites on the subject already, and wrong most of the time. But they are religious zealots nevertheless, and the press who can’t be bothered to visit Seattle’s BLM/Antifa riots one SINGLE time with a camera nor spend ANY time at our DISINTEGRATING border has found time to stalk Nicki Minaj, her family, and her friends with utter ruthlessness because she said a NO NO about the vaccines.

Which is how we got to this.

Messages from a reporter to Nicki Minaj's friend. This is stalking and harassment, not journalism. pic.twitter.com/neXYO9A38J

But Minaj is fighting back.

Nicki Minaj sicced her fans, the Barbz, on reporters Friday and threatened them herself. The rapper posted the phone numbers of two reporters to her Instagram Story, inviting spam calls and threats. The journalists had been trying to contact her cousin’s friend with the swollen balls, the man she cited in now-infamous tweets as one of the main reasons for her decision not to get vaccinated against COVID-19.

I’m all for this. No disclaimer. It’s what they do to everyone else. It’s about time someone punched the pseudo-profession of modern trash journalism in its teeth.

You know why? Their response is a good example.

Guardian Media has condemned @NICKIMINAJ in a statement after the musician posted a message sent from one of its journalists (Sharlene Rampersad) to her cousin. Rampersad pressured the cousin into speaking by saying CNN would dox him & his family. Nicki posted the texts & number. pic.twitter.com/cxFd7xuHyQ 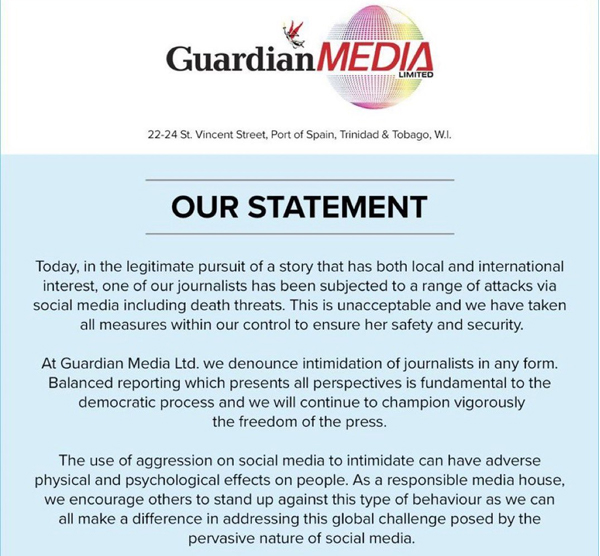 NO APOLOGY! THEY ARE OUTRAGED ABOUT HOW THEY ARE BEING TREATED!!

The last few messages from the Guardian journo are appalling. CNN can’t go to Texas to cover the southern border crisis but they’re in Trinidad to find Minaj’s family? https://t.co/4yINwLS9RL

The press are the enemy of the people. That’s literally what they’re doing here.

By the way? The game they were playing is obvious to everyone.

The only hope for stopping a vaccine passport is tying it to racism, as with voter ID challenges.

That’s why Nicky Minaj is such a threat.

If black vaccination rates stay low, those court challenges will have legs.