Mark Levin’s Landmark Legal Foundation filed a secret motion with the FISA court to act on application abuses all the way back in 2017, but just five days later the FISA court, via Judge Rosemary Collyer, denied their claim. Below is a statement from Mark Levin:

Over 2 1/2 years ago, a Landmark Legal Foundation asked Judge Collyer to act on the FBI abuses committed on the court and she denied our request. Now, she asserts she has the power to act. Better late than never, I guess, but the judge should have acted much earlier.

This is the same Judge Rosemary Collyer who rebuked the FBI today.

It just goes to show you how Landmark Legal was on this well before the OIG was ever asked to investigate the FISA abuses. Levin is right though, the FISA court should have acted then as some of this was known back in 2017. Levin said on the radio tonight that Collyer had a duty to look into this in 2017 and her denial of Landmark’s motion was disingenuous.

But as Levin said, better late than never. Below is the official the denial from Collyer: 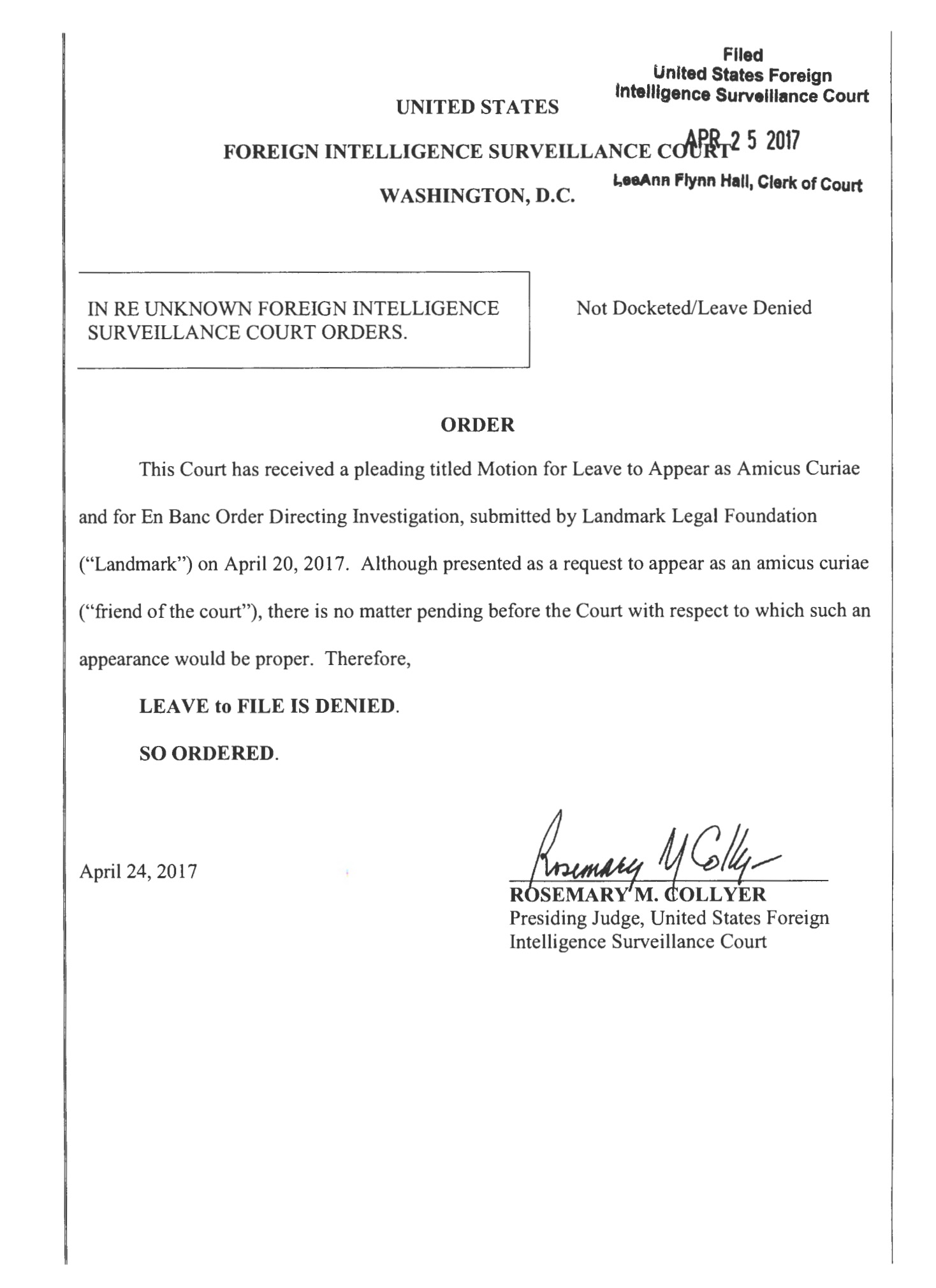