Mark Meadows says the media is not telling the truth about Sondland’s amendment to his testimony and he corrects the record:

Seeing many overblown (and outright false) reports about Ambassador Sondland's testimony. Here's what he actually said.

1. I did not (and still don't) know why aid was held up
2. I "PRESUMED" it was because of corruption
3. I told Yermak my assumption

This is paragraph 4 that he’s referring to: 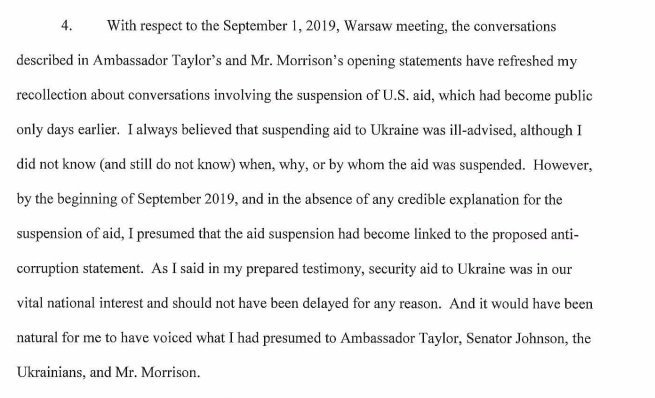 Sonland was NOT testifying that there was an actual quid pro quo, only that he presumed there was one given the absence of any proof.

Meadows points out that even if you think what Sonland says in paragraph 5 is nefarious, it’s still based on an assumption:

Democrats and the media are seizing on paragraph five of Sondland's update, where he tells Mr. Yermak the aid may not be released without an anti-corruption statement.

Even *if* you think this is nefarious… Sondland admits in paragraph FOUR this was based on an assumption! https://t.co/OA7MRn5aGf 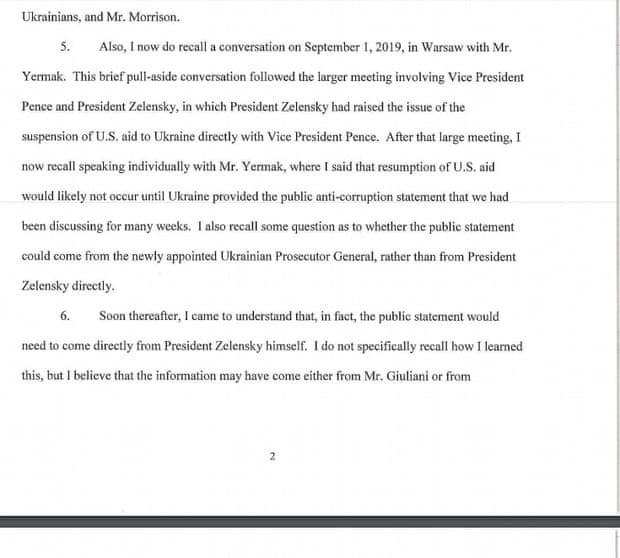 I doubt the media will correct their reporting on this, as they are salaciously running the story that the “quid pro quo” has been found.