Mick Mulvaney just released a statement retracting what he said earlier today about withholding Ukrainian aid with regard to the 2016 corruption with the DNC server: 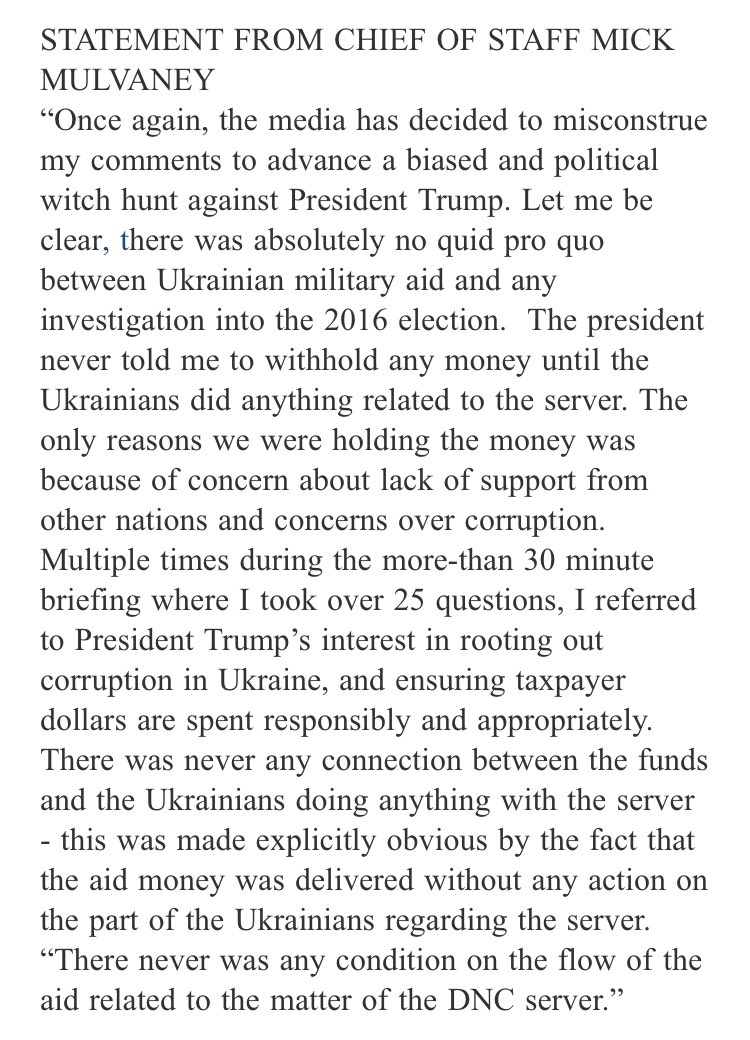 The media did get stuff wrong today. Sure. But Mulvaney clearly tied, at least in part, the withholding of the Ukraine aid to the 2016 Ukrainian corruption regarding the DNC server being investigated by John Durham at the DOJ.

I listened to it twice just to make sure, and he did make that connection. From what he was saying it wasn’t the lion’s share of the reason for withholding the aid, but he did mention it was a reason and then defend it for about 6-7 minutes of back and forth questions with the press.

My only guess is that the media reporting on it has unnerved Trump and he told Mulvaney to put out this statement to retract, or “clarify it”.