Mitt Romney has been caught operating a secret Twitter account where mostly defends himself and sometimes criticizes Trump:

BUSINESS INSIDER – Slate’s Ashley Feinberg uncovered an account which operated under the handle @qaws9876, and went by the name Pierre Delecto. The account, which has since been made private, joined Twitter in July 2011, one month after Romney announced his presidential campaign.

According to screenshots of the account provided by Slate, Delecto’s Twitter activity involved defending Romney against critics, slamming Trump’s policies including his decision to withdraw US troops from Syria, and liking dozens of tweets from official Mitt Romney pages.

Romney admitted to the Atlantic that he had a secret ‘lurker’ account but he wouldn’t tell them the name of it.

But he gave them too much information about it and they were able to uncover it rather quickly:

Romney, one of few Republicans in Congress who has openly criticized Trump, admitted that he operates a “lurker” account on Twitter to The Atlantic’s McKay Coppins in a profile published by the outlet on Sunday.

“I won’t give you the name of it,” he told The Atlantic, but “I’m following 668 people,” which he said included journalists and late-night comedians like Conan O’Brien, which seemed to generally fit the description of the Delecto’s account found by Slate.

When asked if the “Pierre Delecto’ account belonged to him, Romney conceded it did:

When asked by Coppins on Sunday if he indeed operated the Pierre Delecto account, Romney responded with “C’est moi,” which is French for “it’s me.”

Here’s some of the tweets from the account, via Slate: 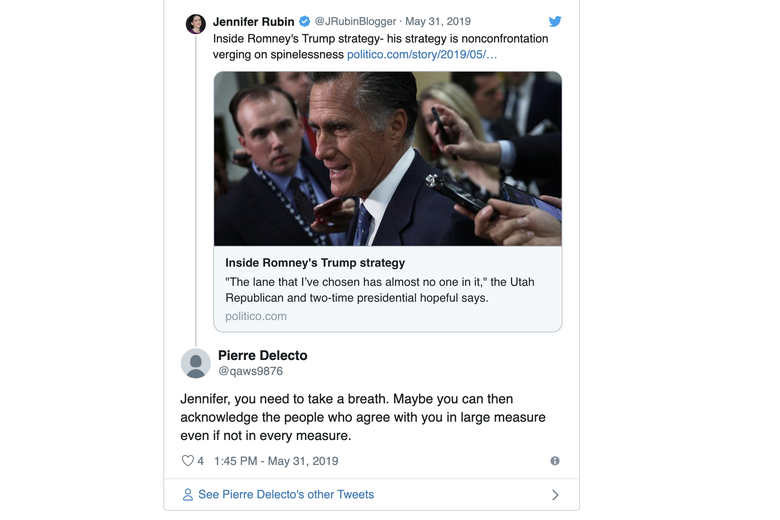 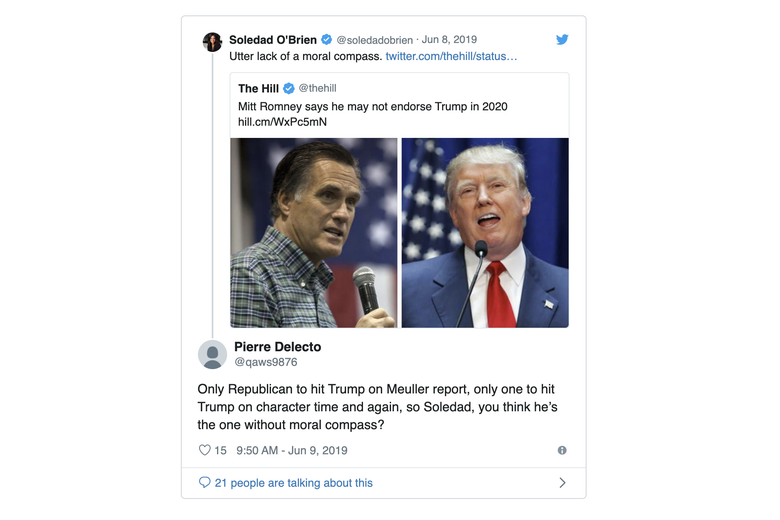 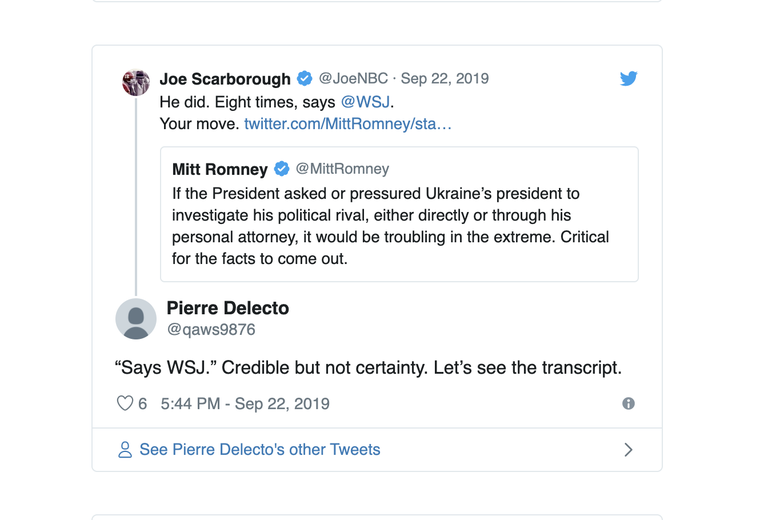 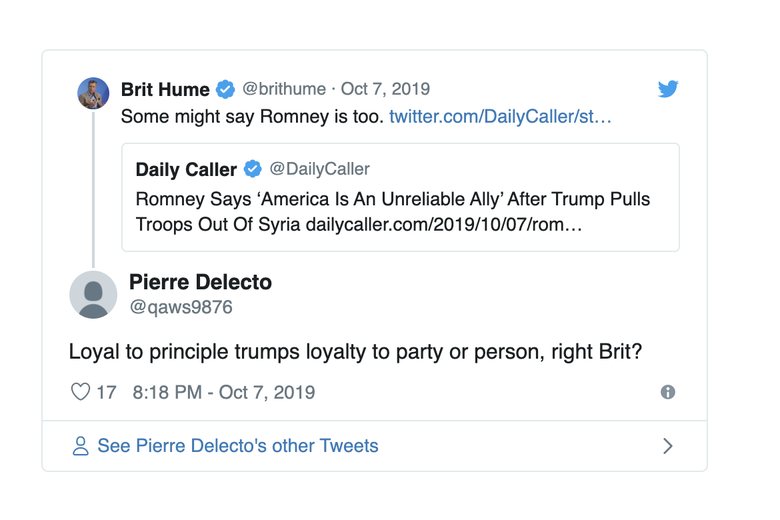 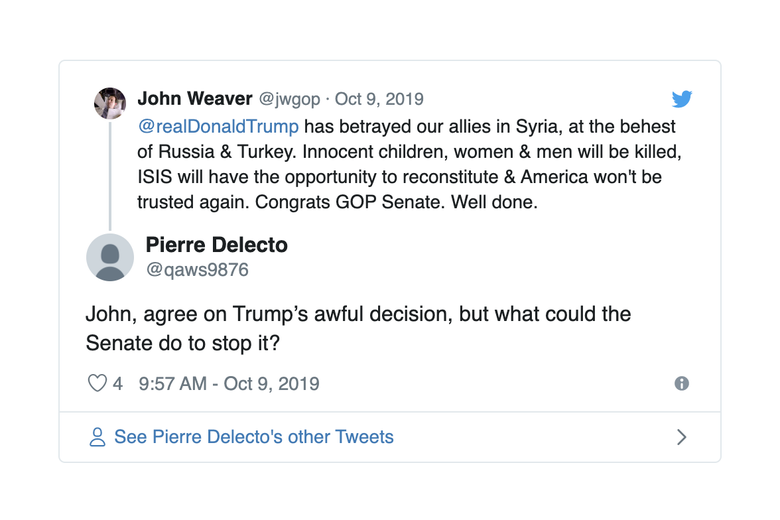 I double checked this morning and the Twitter account is still marked private. Perhaps now that the cat’s out of the bag, he’ll start using his real Twitter account instead of hiding behind a secret one.