Yeah that’s what he really said. MSNBC analyst Anand Giridharadas said in a series of tweets on Friday that he thinks Fox News shouldn’t even be legally allowed to exist at all. And by extension, news and opinion that are from the right.

“It’s time for this question to be front and center: Should Fox News be allowed to exist?” he asked, in a really popular tweet that all the coastal elites absolutely loved. “Brain-mashing as a business model shouldn’t be legal.”

“I’m not a lawyer, but I don’t understand why you’re not allowed to manufacture bucatini that doesn’t have a certain threshold of iron in it but you can broadcast brain-mashing falsehoods and goad people toward terrorism.”

You see what this is right? Yet another “they attacked the capitol so we have a blank check” theory. The same “incitement” argument being used for the Big Tech Purge.

Here’s the “argument” he makes, that the left and Democrats in the House and Senate are definitely going to be using. 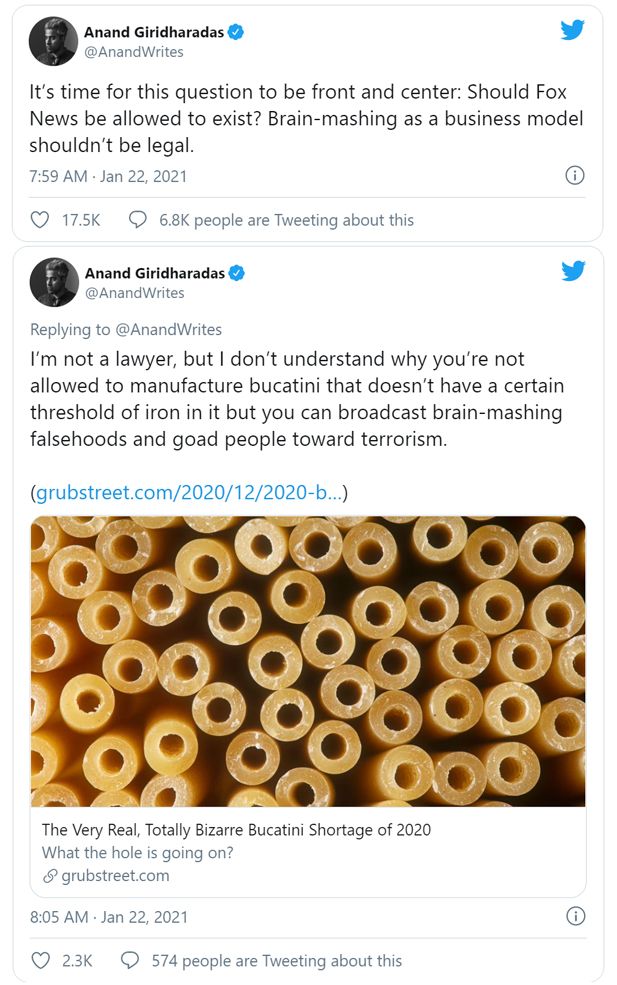 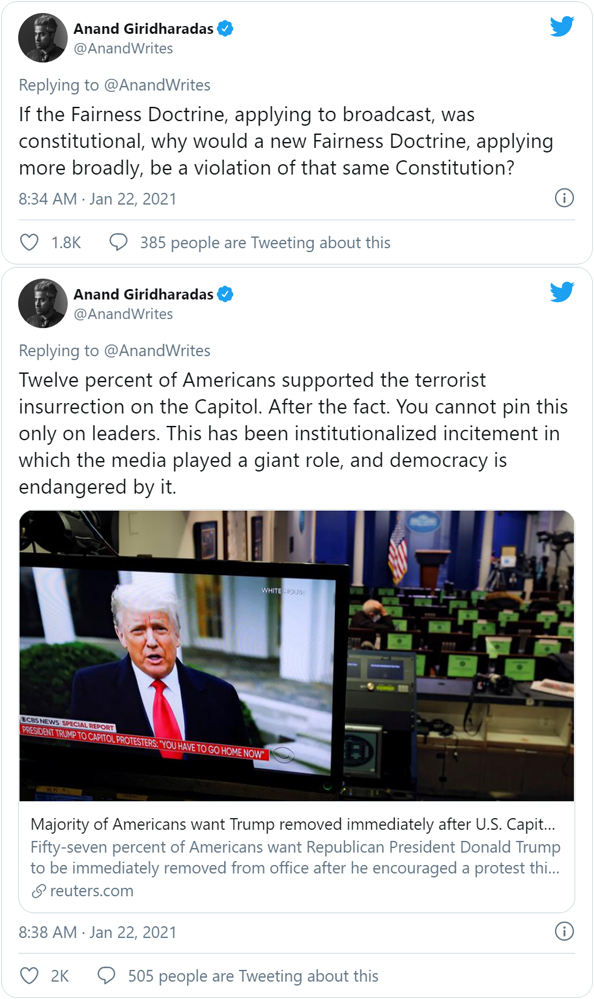 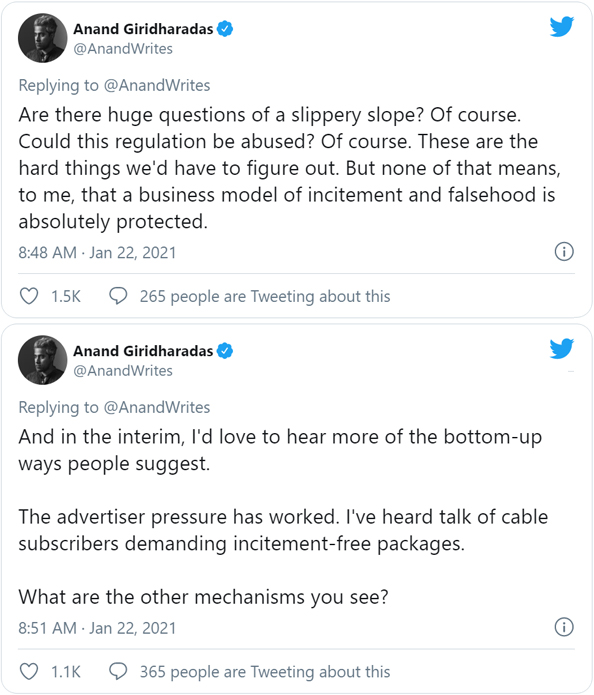 “Are there huge questions of a slippery slope? Of course. Could this regulation be abused? Of course. These are the hard things we’d have to figure out,” he said. I laughed out loud at that idiotic pretense at understanding the America-ending implications of his idiotic idea.

I hope those Capitol rioters had a good ol’ dang time invading the seat of government because the left is sure as HELL having a good time with the new powers it granted them.