The media is absolutely livid with a state governor over his treatment of the elderly during the Covid pandemic. But no, not New York’s governor, who has been bumping off the elderly at a pace not seen since the days of Noah. The media is mad at Ron DeSantis.

Because he SAVED the elderly.

That’s really the reason. Check it out. 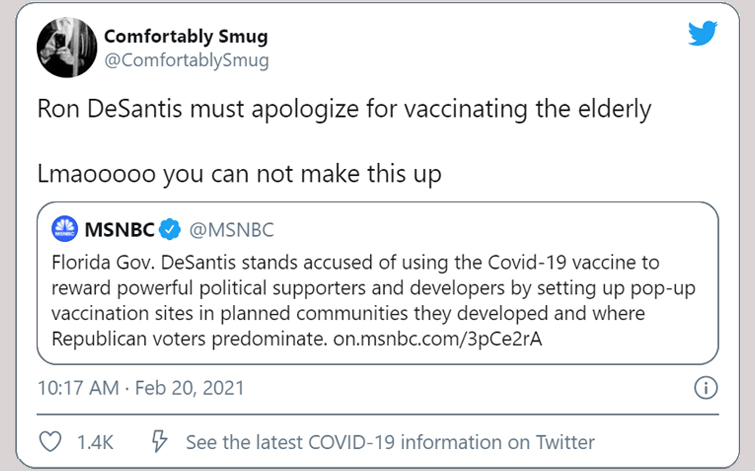 The article, from NBC News you are surprised to find out, cites “growing really is a criticism of DeSantis for getting the vaccine to the elderly. 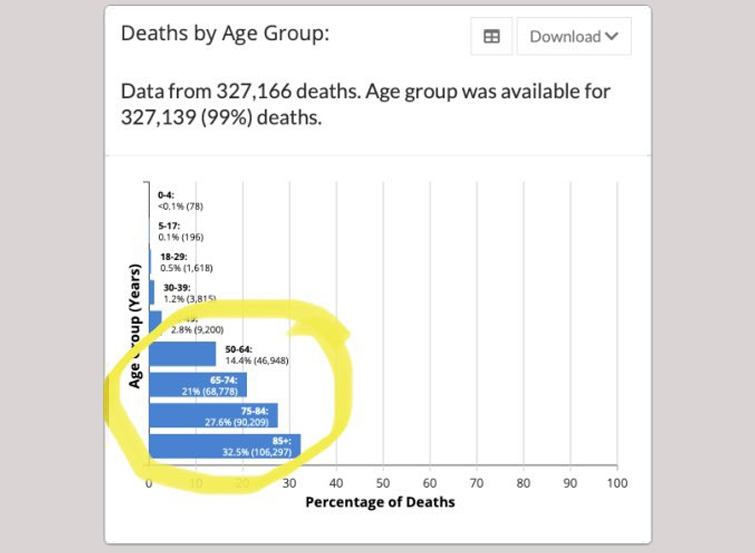 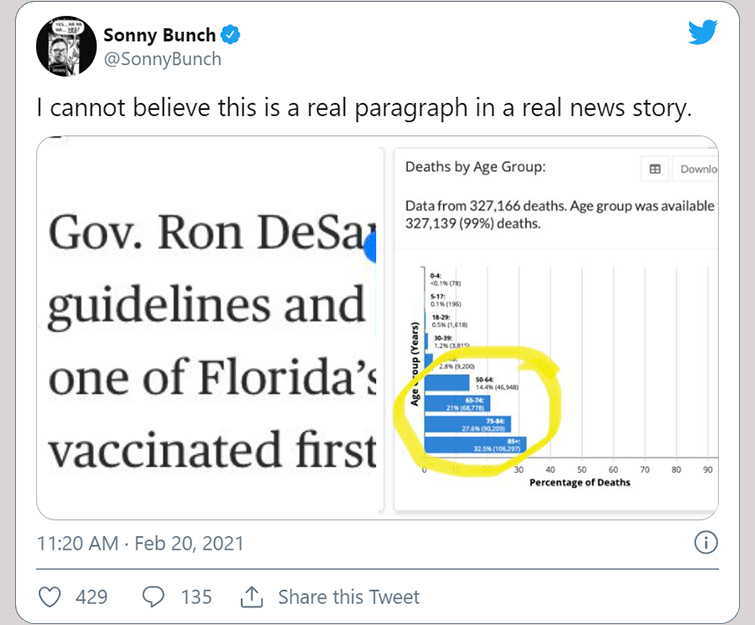 And now the governor stands accused of using the Covid-19 vaccine to reward powerful political supporters and developers by setting up pop-up vaccination sites in planned communities they developed and where GOP voters predominate.

Responding to recent criticism from both Republican and Democrats in Manatee and Charlotte counties, both south of Tampa, where one site was set up last week and another began dispensing doses on Wednesday, DeSantis said local lawmakers should be more grateful

“I’ll tell you what, I wouldn’t be complaining,” the governor said. “I’d be thankful that we are able to do it.”

DeSantis said that his “seniors first strategy” zeroes in on retirement communities that are willing to help organize vaccination events and that Manatee County has trailed other parts of the state in getting needles into the arms of residents ages 65 and older.

Older people, especially in Florida, trend Republican. But nevertheless some see a conspiracy, including the NBC Nightly News.

Oh there are more vaccines in red counties? Hmm, gosh, how could that be? 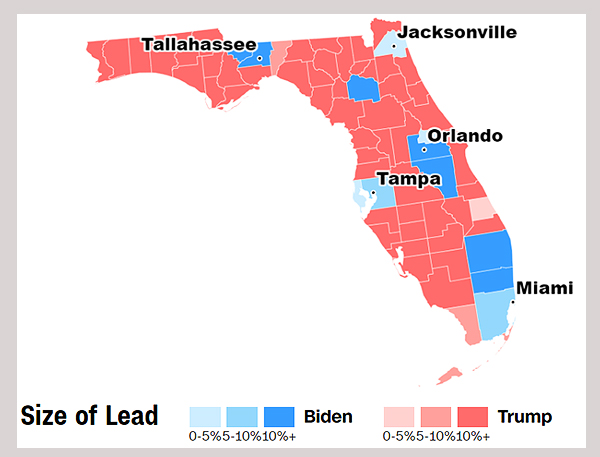 OH RIGHT BECAUSE THAT’S ALMOST ALL THE COUNTIES.