NBC News has just written a story explaining how Google banned two conservative websites from their ad revenue network after NBC News Verification Unit reported them to Google. The two sites are The Federalist and Zerohedge:

Google’s ban of the websites comes after the company was notified of research conducted by the Center for Countering Digital Hate, a British nonprofit that combats online hate and misinformation. They found that 10 U.S-based websites have published what they say are racist articles about the protests, and projected that the websites would make millions of dollars through Google Ads.

Google blocked The Federalist from its advertising platform after the NBC News Verification Unit brought the project to its attention. ZeroHedge had already been demonetized prior to NBC News’ enquiry, Google said. ZeroHedge and The Federalist did not respond to requests for comment.

So a British organization says The Federalist and Zerohedge are writing racist articles, and NBC News Verification Unit takes that information to Google to get both Zerohedge and The Federalist banned. As Dana Loesch tweeted, “This isn’t journalism. It’s cancel-culture activism.”

This is the ‘journalist’ who wrote the article and apparently collaborated with these groups to get Google to shut them down:

As I was writing this post, Adele-Momoko Fraser suddenly locked her Twitter account, no doubt because of all the complaints and reaction she’s getting from people who believe NBC News shouldn’t be in the business of trying to get other websites shut down.

Hi Adele, Google says you all are liars. Why did you run with a completely false report then? https://t.co/LlUq0Alig4

It should be noted that according to Scott Nover at Adweek, Fraser got it partially wrong:

A Google spokesperson tells me that @NBCNews gets it wrong. Google says The Federalist was notified they *could* be demonetized but hasn't yet been. They can still remedy.

Google also says the sites' comments section not any articles were in violation.https://t.co/Nl9SmJBnEX

Google says the comments sections of these sites violate their "dangerous and derogatory" policies. https://t.co/37ukcbO89q

This really doesn’t change anything. Adele-Momoko Fraser is using her position at NBC News to get other outlet she disagrees with shut down. Just look at some of her previous tweets, posted by Kyle Smith, who notes that she’s a British Labour Party activist: 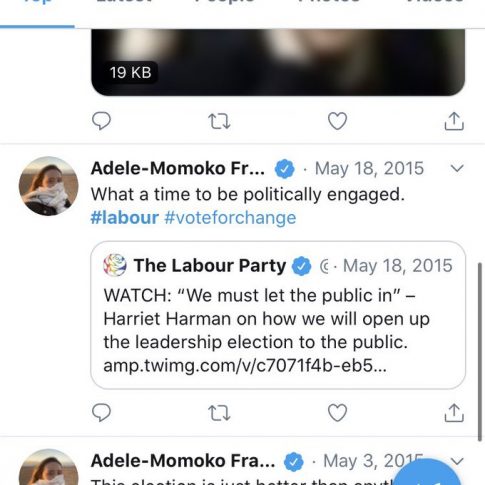 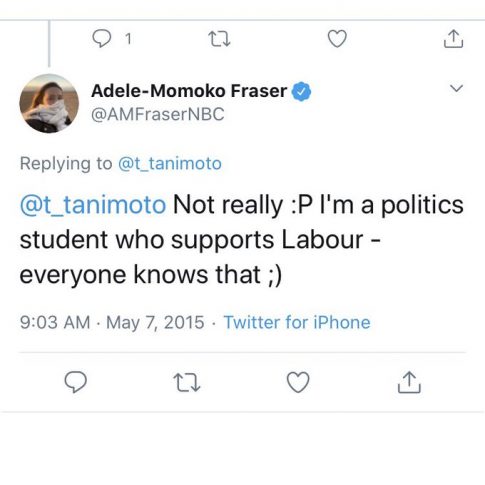 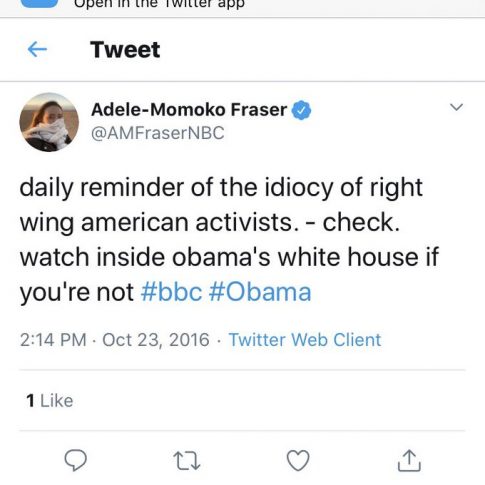 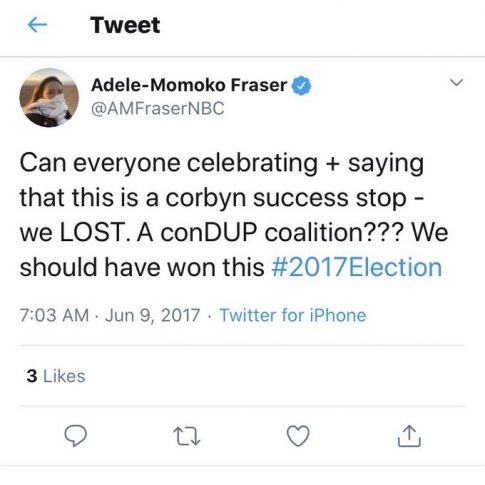 Smith also believes this is the article from the Federalist that Fraser and her labor party hate groups turned in to Google:

This seems to be the piece that led to demonetizing The Federalist – a piece of media criticism that calls out many false and misleading statements. Huh?https://t.co/zABdhvlnl0

Megyn Kelly retweeted this saying “This is insane. Thought police out in full force.”

Josh Hawley has taken notice of all this as well:

Translation: @NBCNews goes to a monopolist to ask for action against two competitor outlets and the monopolist agrees to ban them. This is the free market? https://t.co/5YEW3ton9x

IMPORTANT: As I’m finishing up this piece, I see that Google has indicated that they have not banned The Federalist and have worked with them to address their issues:

The Federalist was never demonetized.

We worked with them to address issues on their site related to the comments section.

Google writes “Our policies do not allow ads to run against dangerous or derogatory content, which includes comments on sites, and we offer guidance and best practices to publishers on how to comply.”

Hawley writes “So NBC News was lying about this or was misinformed about the deal you had with them … or what?”

So @NBCNews was lying about this or was misinformed about the deal you had with them … or what? https://t.co/6EpGq90JcG

There’s a lot more I could add to this post, but I believe it’s long enough. The short version is that this NBC News reporter isn’t a reporter at all and that she’s working with far left groups to try and get them banned from Google’s ad revenue network, which you can bet they surely depend on greatly and might have to shut down if they didn’t have it.