Biden likes to tell reporters that he’s gotten control of the border, but that’s simply not the truth. In fact the latest border numbers were released today by CBP and they show that crossings are continuing to increase every month in most categories. 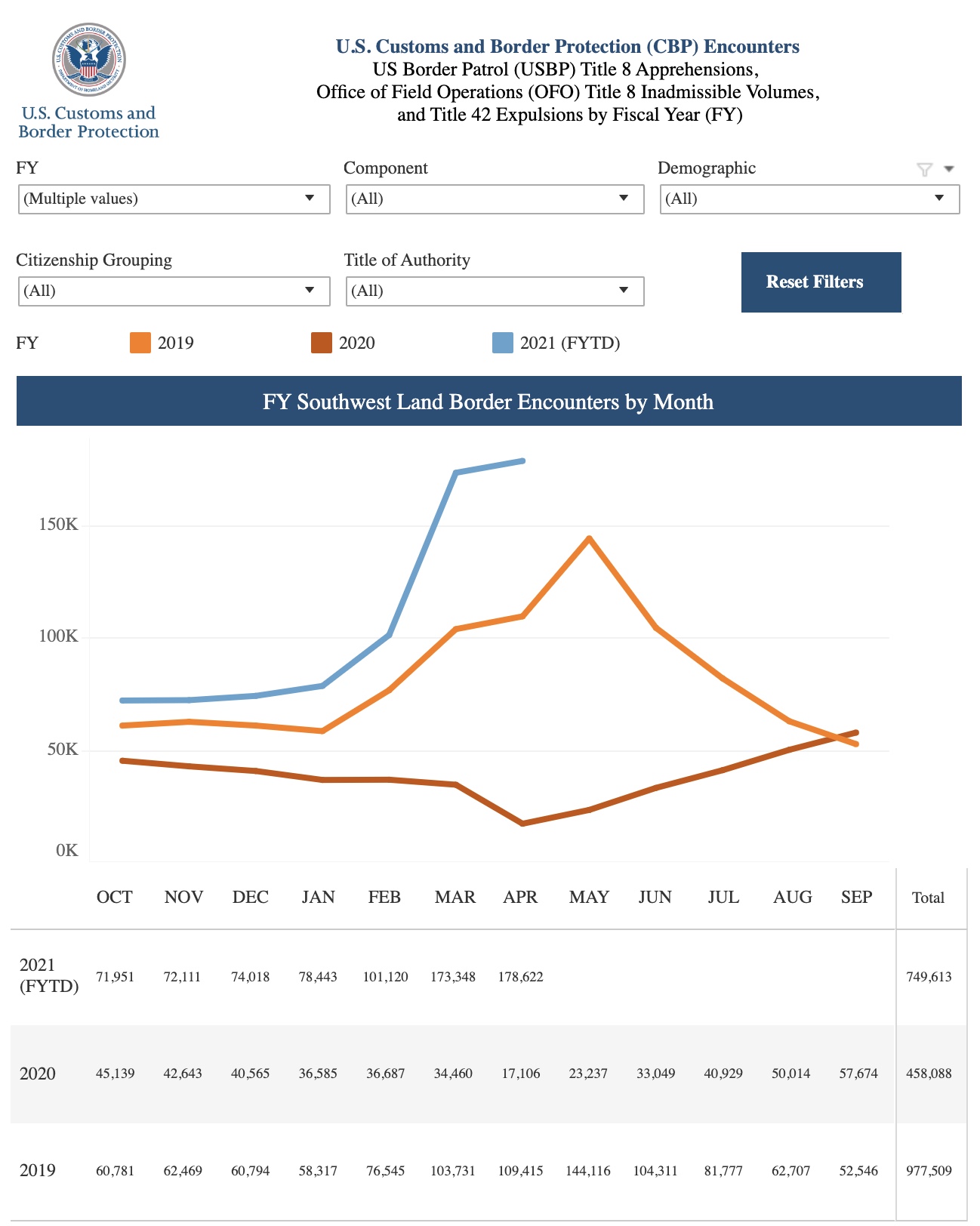 Crossings skyrocketed in the first few months of this year and still increased in April, but at a much slower rate. But here’s the reason for that: 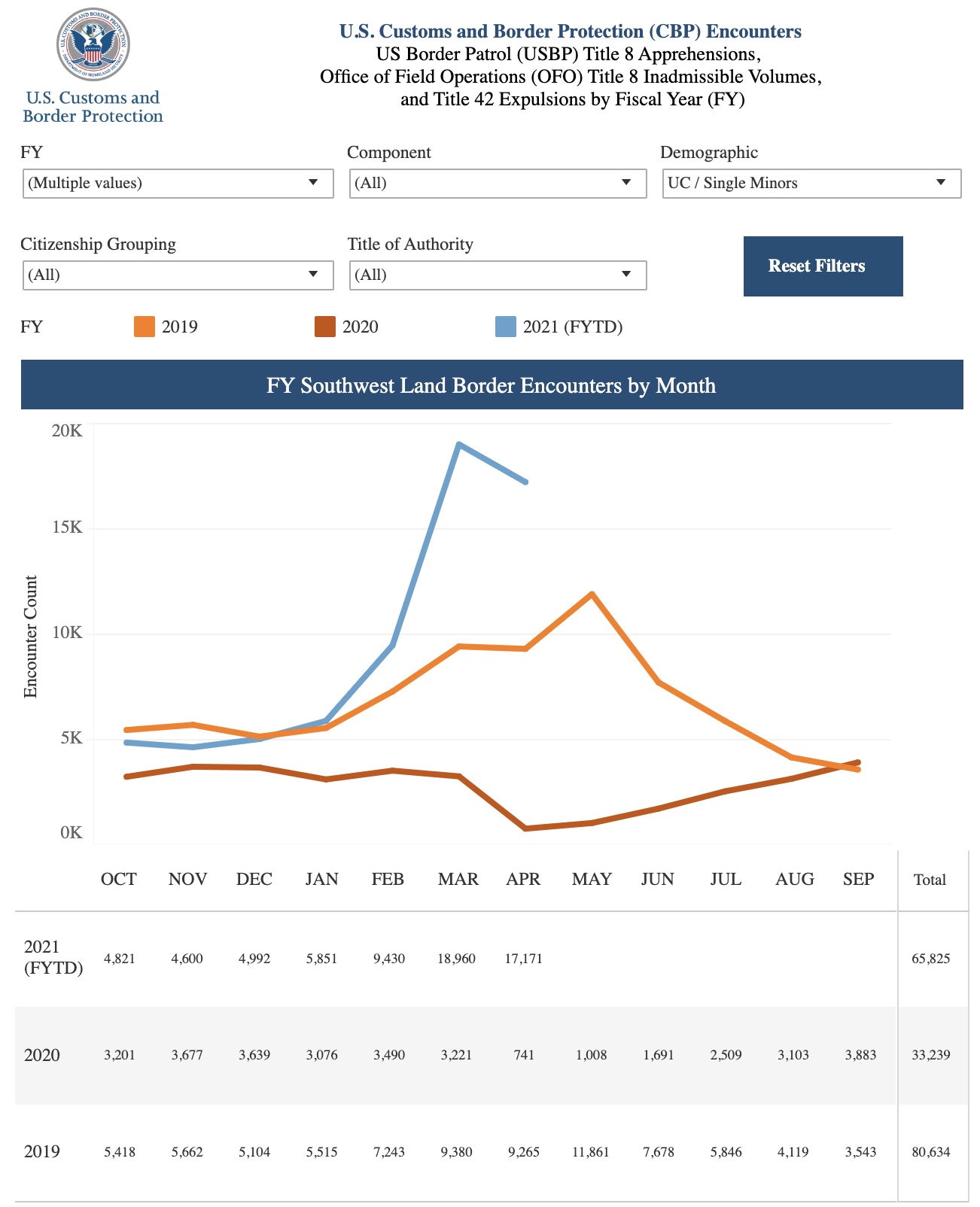 Notice that the number of unaccompanied children crossing the border decreased in April after reaching absurd numbers in March, which is still far higher than it was in 2019.

But this reduction was offset by the number of single adults crossing the border, as you can see below, which continues to skyrocket: 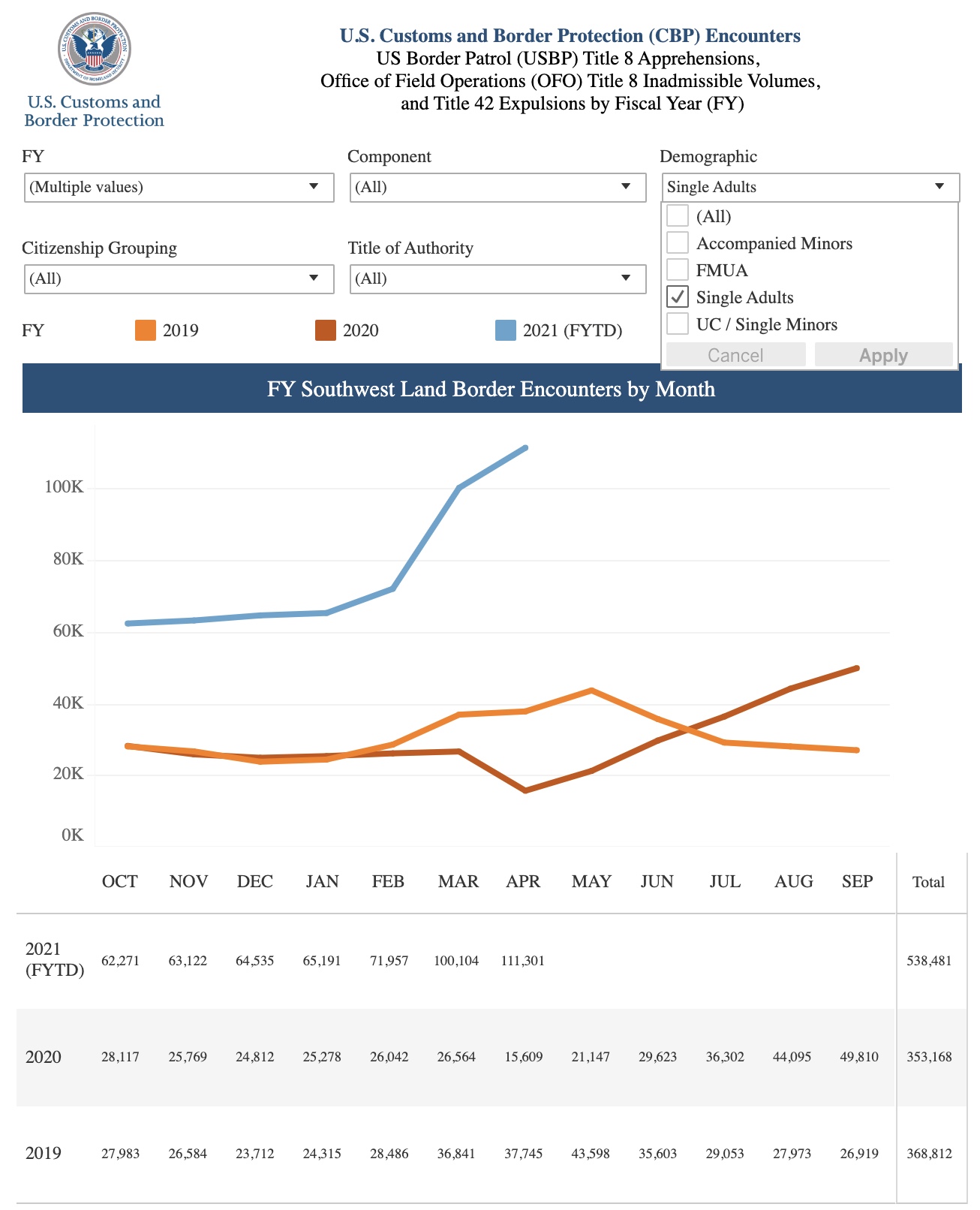 Single adults continue to surge across the border at incredible numbers in April. And because they are adults, most of them are simply released into the country without court dates because the federal government isn’t required to house them like unaccompanied children. That and they don’t have the capacity for that because the numbers are so high.

So when Biden says he’s gotten the border under control or that it’s closed, don’t believe him. There are still many people coming across the border each day and submitting themselves to the custody of the border patrol.