A new poll by CBS reveals that black people overwhelmingly support local police, which doesn’t shock anyone who is really in touch with what’s going on. 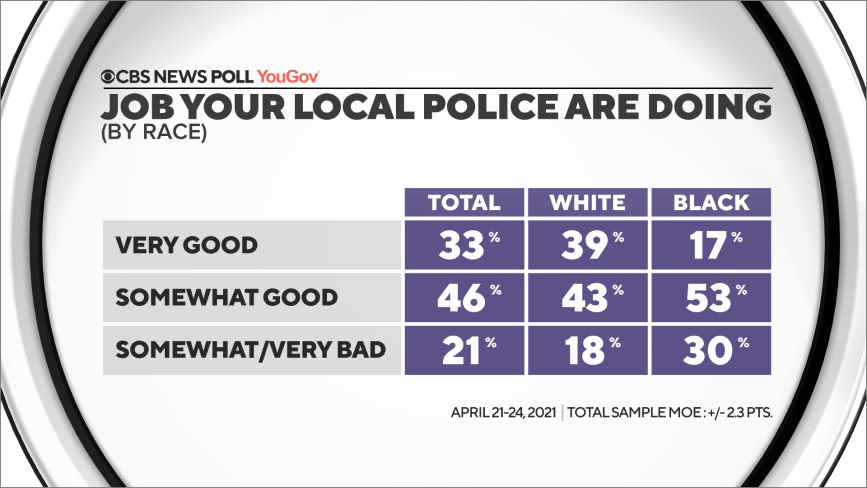 Between very good and somewhat good, we have a whopping 70%. While it should be much higher on ‘very good’, this poll does seem to suggest that the radical police defunding effort is only being pushed by a minority if Blacks.

However the same poll gives us another question, not broken down by race, that is a cause for some concern: 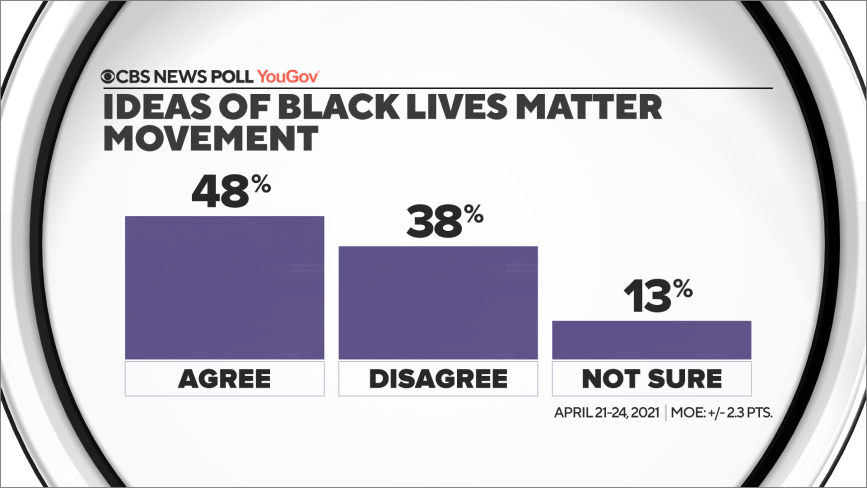 Notice that this question is asked in such a vague way, that it’s hard to pin down exactly what ideas they are talking about:

They might as well have just asked “Do you think black lives matter?”, because this could mean anything. Maybe it means defunding? Maybe it means protesting police shootings? Maybe it means looting is justified because of reparations? Who the heck knows, which means this question is basically useless. So take it for what it’s worth.

The lowdown on the polling is this:

This CBS News survey was conducted by YouGov using a nationally representative sample of 2,527 U.S. residents interviewed between April 21-24, 2021. This sample was weighted according to gender, age, race and education based on the American Community Survey, conducted by the U.S. Bureau of the Census, as well as the 2020 presidential vote and registration status. The margin of error is ± 2.3 points.

Why would you go to the trouble of surveying over 2,500 people and ask such a useless question as the BLM question? They need to do a better job if they want to be taken seriously.