A new poll reveals that Alexandria Ocasio-Cortez is very disliked her in her own district and has a terrible approval rating.

Now it should be noted first that the group which commissioned the poll, Stop The AOC PAC, is not a fan of the congresswoman at all. The group owner has filed an FEC complaint against her already.

That said, the pollster is called Mobilize the Message and they found some shocking results, including a very low 21% approval rating.

As DC Examiner points out, these were the key findings:

The poll was conducted from April 29 – June 7 by canvassers going from door to door. 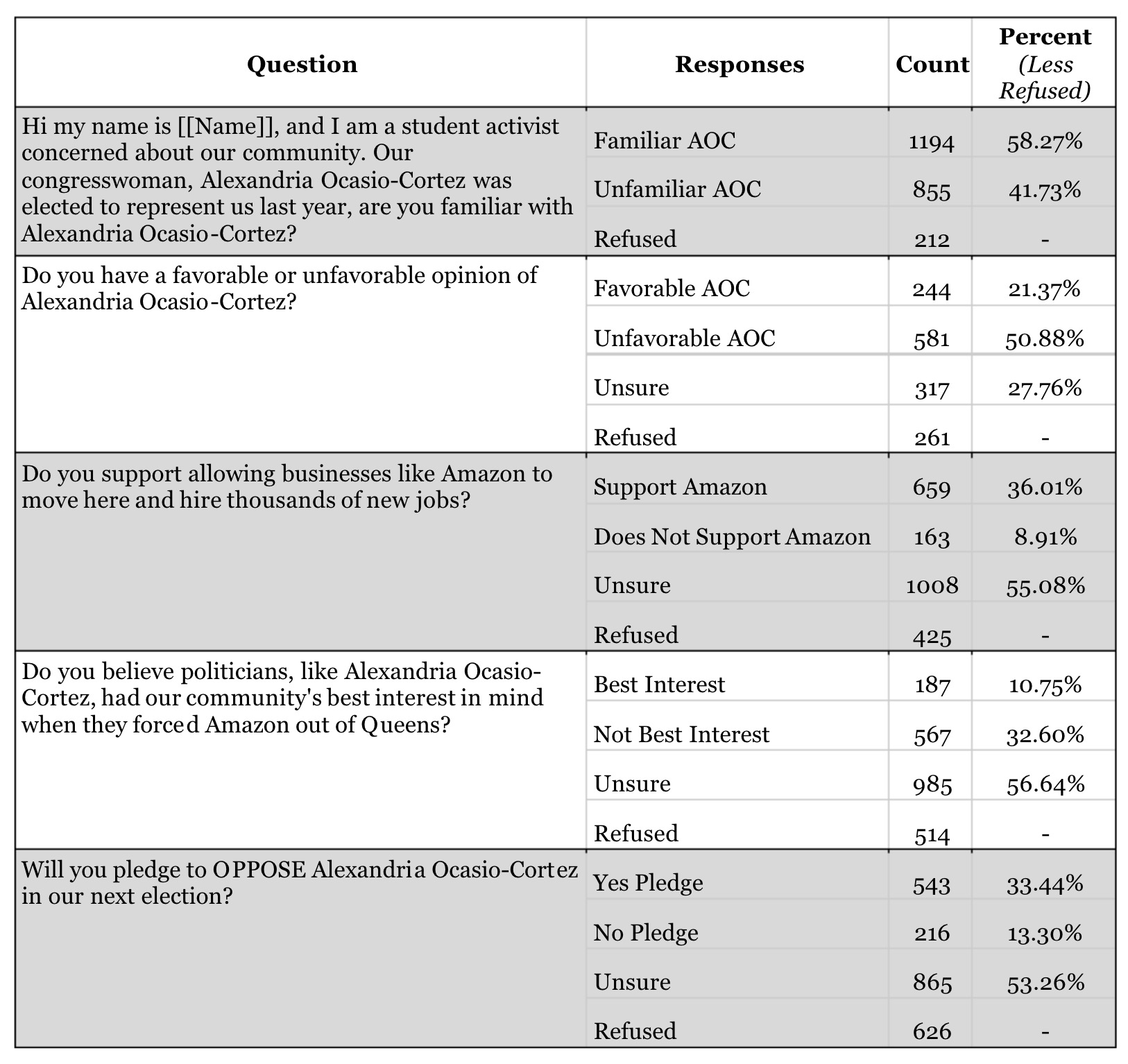 I’m sure this is a startling poll for AOC, but my guess is that she will publicly dismiss it as a right-wing hit job, if she addresses it at all.