The New York Times in conjunction with Siena College is doing what it calls a “Live Poll” where they show the poll results in real time as they make phone calls around the state of Texas.

Now that’s important because some were reporting the poll yesterday with just 200 phone calls answered and the Times specifically said the results wouldn’t be dependable until at least 250 calls had been answered. So we’re well beyond their threshold at this point.

Here’s what the poll shows:

That’s awesome. Cruz has almost a 10 point lead on O’Rourke. Of course as you can see, they also put the margin of error at ±4.6%, which is kinda high.

Here’s who they’ve polled so far: 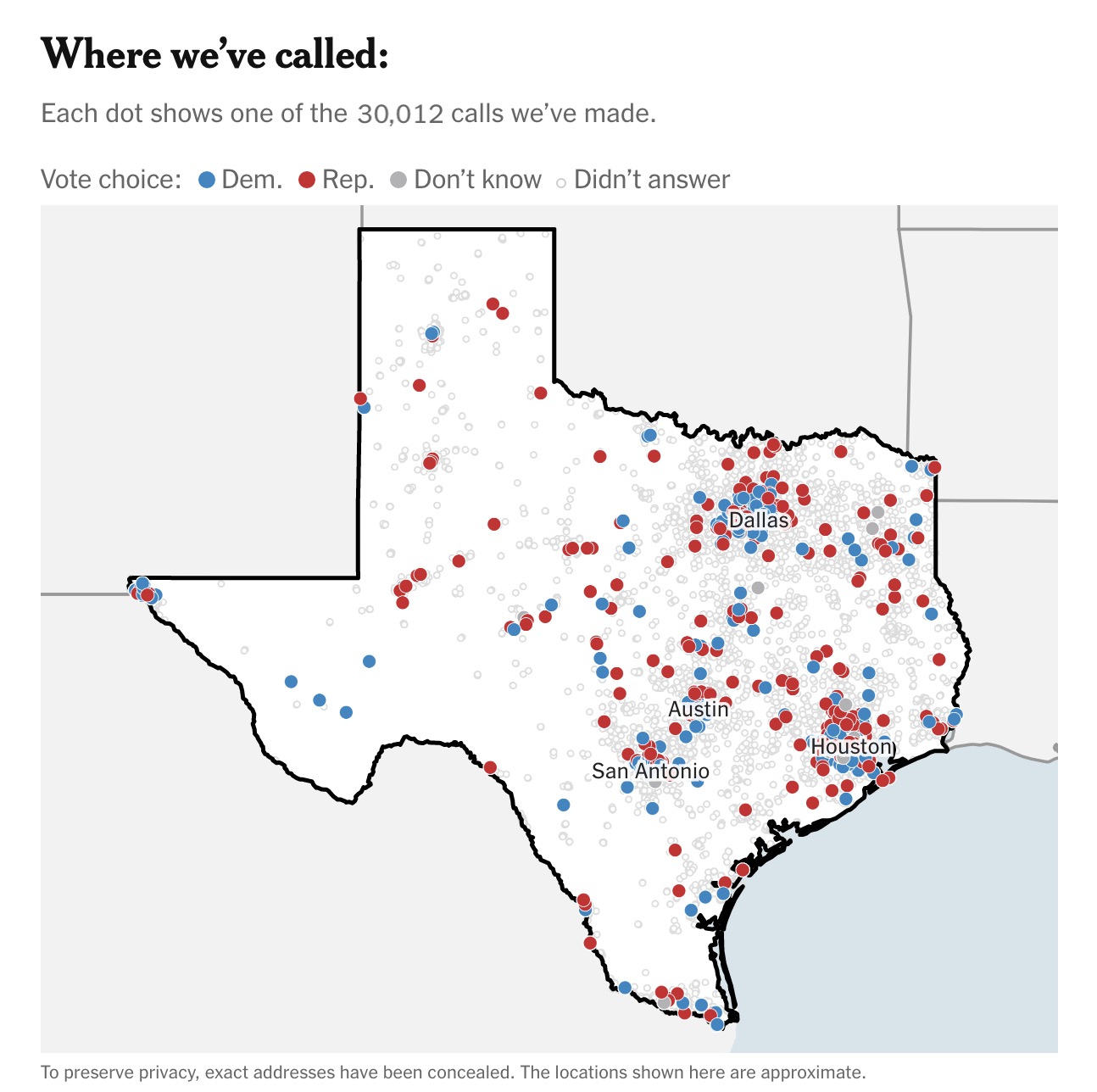 Here’s how they are weighting the results:

They go into more detail about why they are weighting it, but suffice it to say I was looking to see if they weighted by “likelihood of voting” and they do. That’s good news.

Here’s other issues they are asking about and their results thus far: 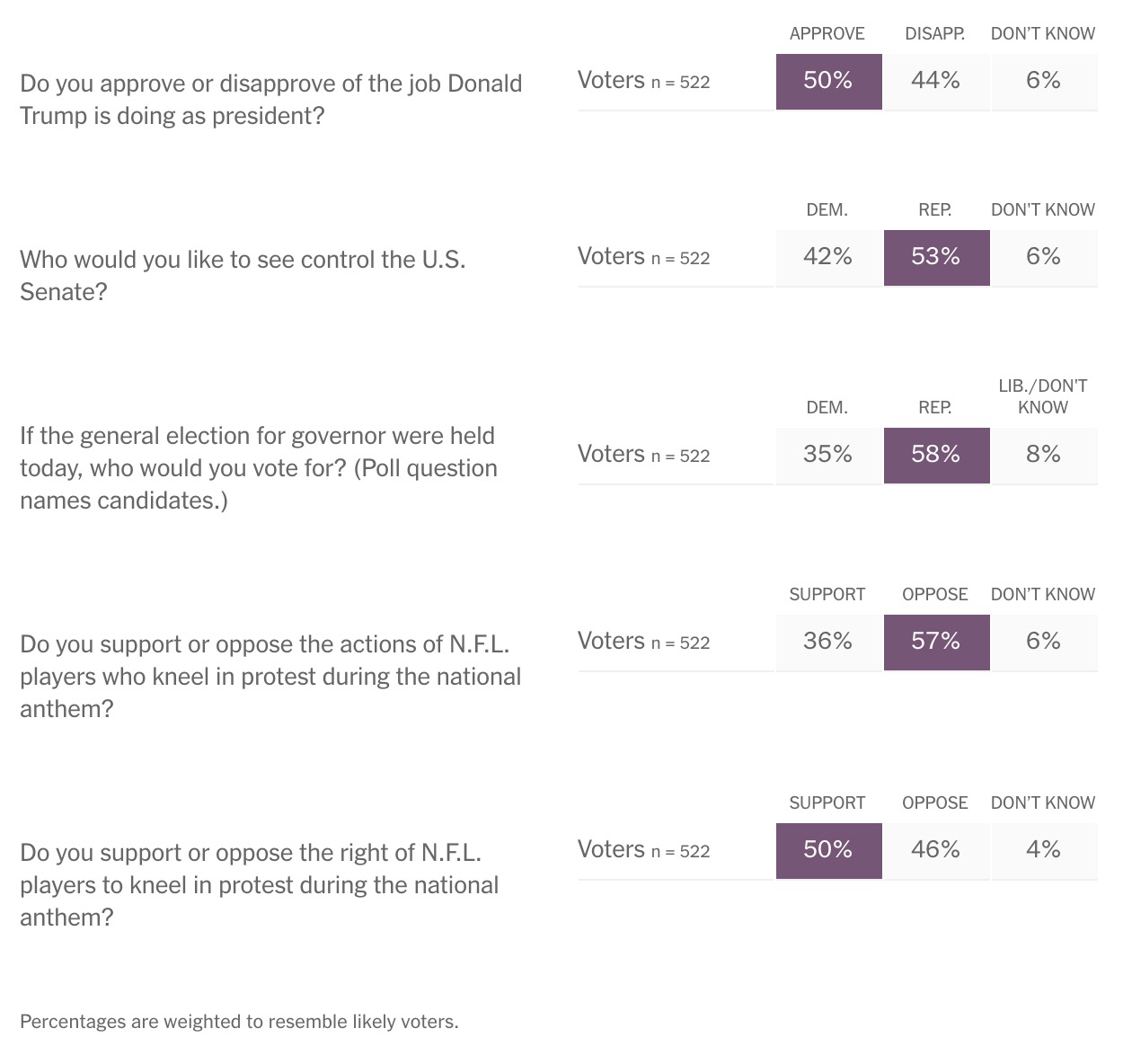 They have a lot more info about who they are reaching and the cross tabs of their results, which you can read about here.