A new CBS News poll released shows a majority of Americans approve of the job Trump has been doing in response to the spread of the coronavirus: 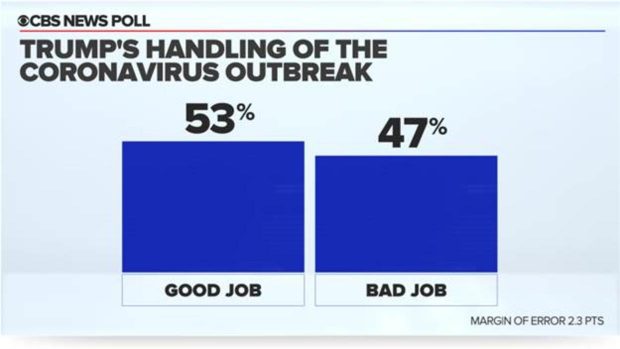 Before this poll came out, ABC News released a poll showing a 55% approval:

55% of Americans are in approval of Trump's handling of the coronavirus crisis, with a 43% disapproval rate, according to a new ABC News/Ipsos poll pic.twitter.com/sPIAGpRkDK

A Monmouth poll was also released showing Trump at a 50% approval rating in his response to the coronavirus: