A new sworn affidavit from a poll worker in Clark County, Nevada (the home of Las Vegas) details a voter fraud operation by Biden/Harris operatives in the parking lot of a polling place:

There are three pages in Davis’s tweet, but here’s the important one: 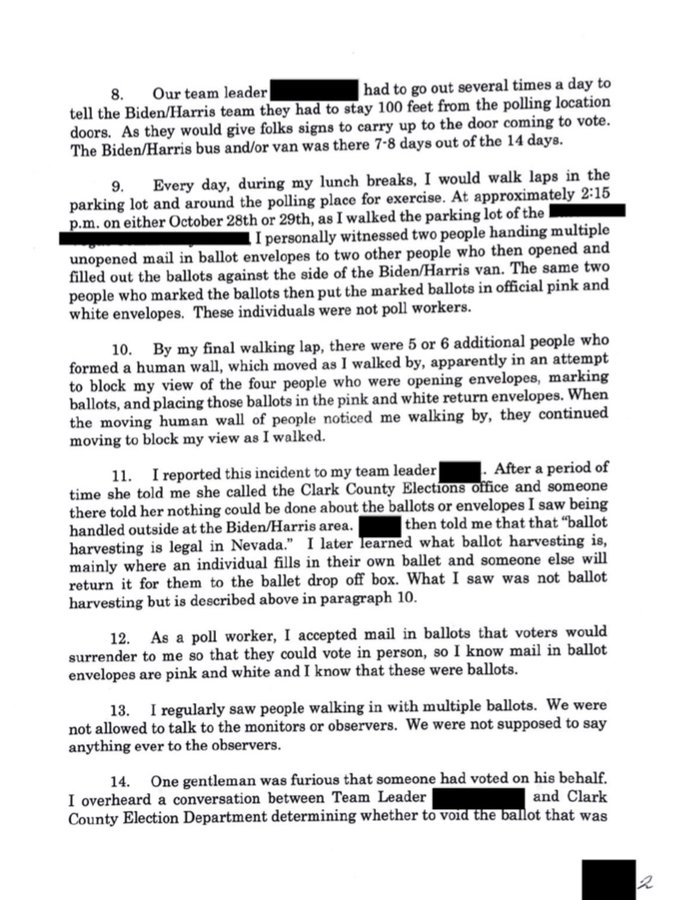 The affidavit explains how Biden/Harris operatives, who parked a Biden/Harris labeled bus in the parking lot of an early voting polling place, would stand out there filling out mail-in ballots against the side of the bus and would then put them in pink and white envelopes. These ballots would then be brought inside the polling place and surrendered to poll workers.

This is absolutely egregious stuff and must be undone by investigators. It cannot be allowed to stand. Also, this suddenly seems more relevant:

🚨🚨 BIDEN ADMITS TO VOTER FRAUD! 🚨🚨@JoeBiden brags about having the “most extensive VOTER FRAUD organization” in history‼️