The changing tunes on the left are really a sight to see. I mean we see it so often but it never stops being a show. It’s like NASCAR. I seen a race. But now I want to see another race. And that’s the sport of watching hypocrite libs, too. You know they’re gonna do it. But it’s still a spectacle when they do.

All the bandwagoners, as the indispensable Janice Dean calls them, are showing their true colors on Andrew Cuomo right now. You might think their true colors would be to let a Democrat off the hook, but that’s the secondary one. Their Primary Colors are Group and Think. And right now groupthink says get off Cuomo’s train and on the ‘I always hated him” bandwagon. If if you ain’t ever hated him before.

Oh. Hmm. Janice Dean has a reminder for you. 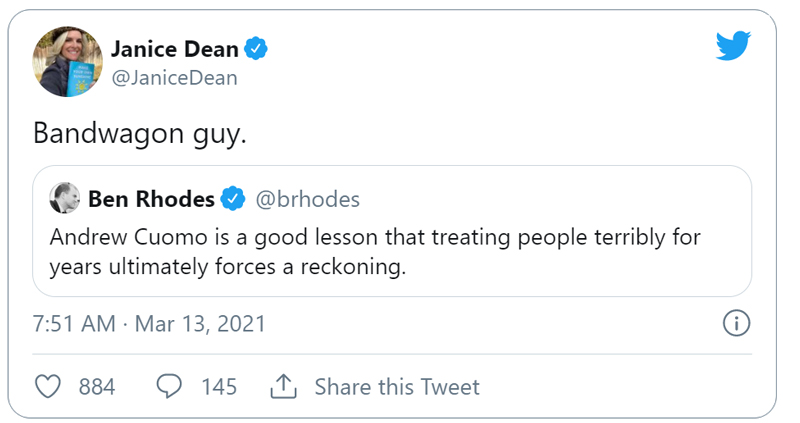 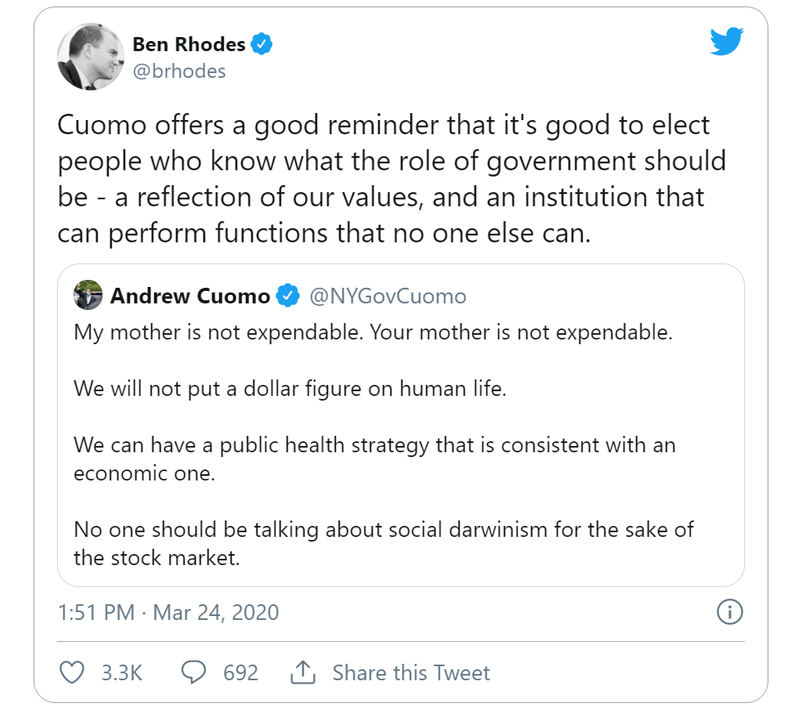 Busted. I liked this observation, via Twitchy:

Here’s one I noticed myself this morning. New York Magazine’s Intelligencer has a CRUEL MEAN photo of Cuomo with their story casting him as an abusive, racist, misogynist, workplace harasser, potential criminal. 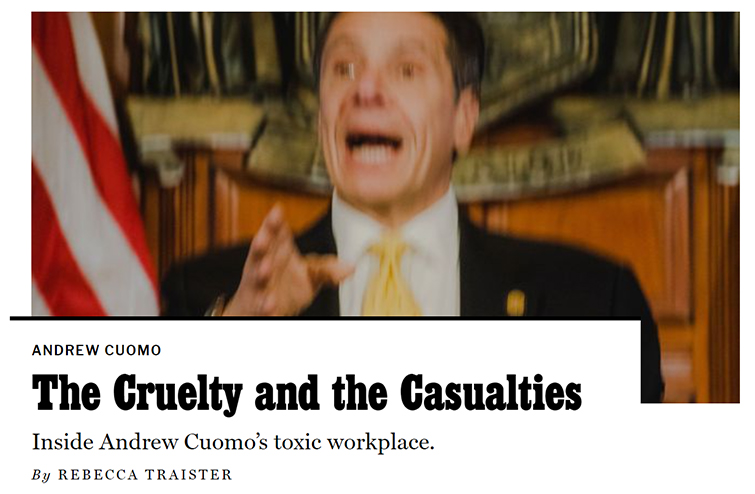 Whoa seems bad. Cataloging a long history of abusive cruelty and toxicity, asking why people celebrated him for so long. Tough take. Especially to the celebrators right?

Here’s a sample question from the interview.

It’s also kind of amazing to think how sort of personal that experience was for you. I mean, obviously, you have a team; you have a huge number of people working with you. But to a certain extent, also because of the conditions of the pandemic, you were relatively isolated during this time. And during that time, you became one of the most trusted figures in American politics as the whole country faced down this nightmare, but you were also dealing with and presiding over this incredibly grim crisis on the ground. You had it on all sides.

Like I said, it’s quite a show. Quite a thing to see. Quite predictable.