The Merriam-Webster Dictionary online stealth-edited its definition of “color-blind” a couple months back, making it almost as woke as an average CNN news report. When people online noticed recently, it began to go viral.

As it should, because it’s totally insane and stupid. On the definition “treating all people the same regardless of race”, Merriam-Webster includes this usage note, which isn’t about usage at all.

NOTE: While sense 2 can be used with positive connotations of freedom from racial prejudice, it often suggests a failure or refusal to acknowledge or address the many racial inequities that exist in society, or to acknowledge important aspects of racial identity.

And the example quotes are even worse. 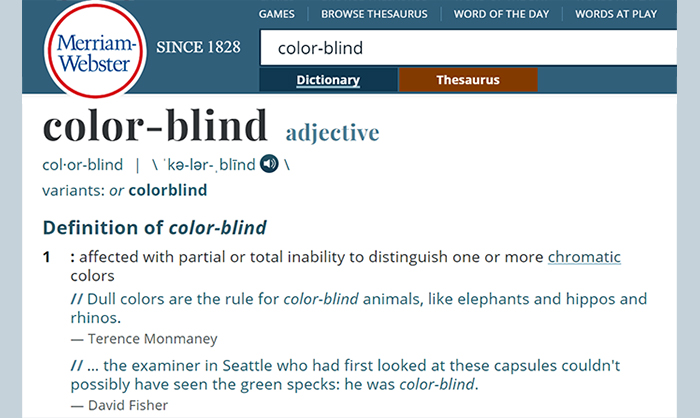 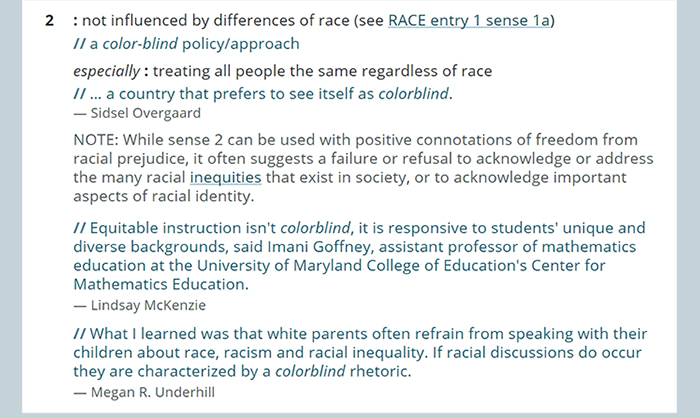 Being not racist is racist. That’s exactly what I expect from modern society.

I checked other online dictionaries like Dictionary.com etc. Most don’t have a woke edit, but at the Cambridge Dictionary, although the definition doesn’t include a scolding note, the example quotes are just as bad.

As others have noted, any close scrutiny shows that the colorblind millennial is less evolved than we like to believe.
From NPR
Being truly colorblind would mean living in a world without any color.
From NPR

Our planet is doomed.