Politico reported today that Hunter Biden’s laptop has been deemed as ‘genuine’ by someone doing a book on Joe Biden: 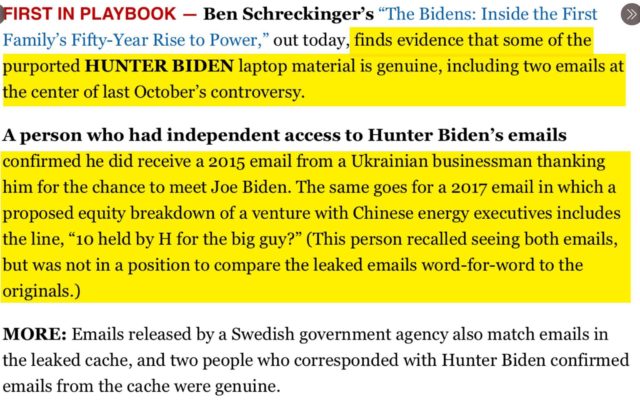 They even confirm that the now infamous email from a Ukrainian businessman thanking Hunter for allowing him to meet his father, ‘the big guy’, is also genuine. Amazing.

This just shows you how despicable our entire liberal media complex is when it comes to protecting their own, Democrats. This laptop was confirmed genuine a long time ago and Politico is just now reporting this?

But even more so, if these Democrat reporters truly wanted to confirm this laptop, they could and would have done it a long time ago. Like last October, when the New York post released this bombshell. But instead, they willfully ignored it because they refused to do anything to hurt their precious candidate.