Yesterday, Sen. Ted Cruz signed up for Parler. Rep. Jim Jordan signed up, too, this afternoon. Not to mention our benevolent dictator Mr. Scoop. And the mighty Mark Levin.

Fella over at RedState you probably follow on Twitter, Brandon Morse. He’s there. And he has some interesting news, too:

This morning the app was NUMBER ONE in News on the Apple Store. 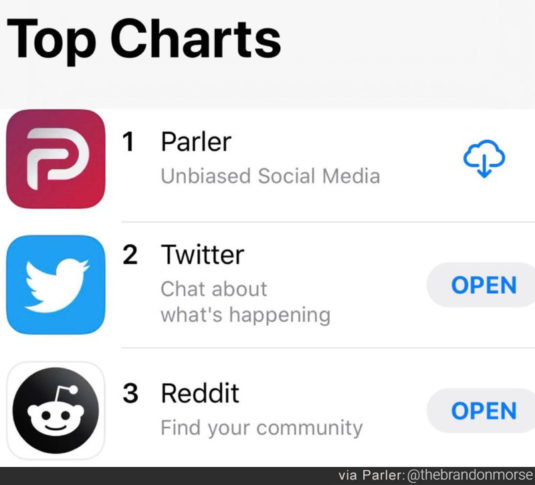 And just now, at 6:45pm Eastern Time, it was #9 in most popular free apps on the Android store. 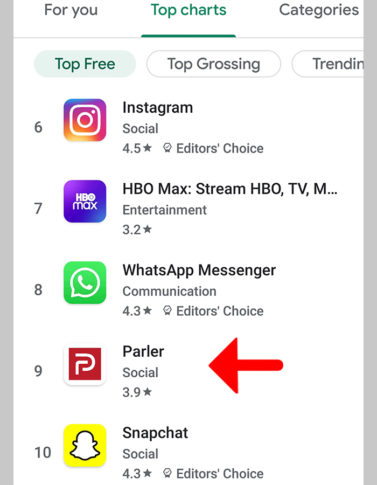 I’m on that thing too, though ain’t rightly sure I know what do do with it yet. I’ve only just been getting the hang of Twitter this year. But with Twitter actually censoring the president when he tweets about the government doing what the government should be doing, I reckon it’s time to at least give the shiny new thing a chance.