Trump is going to Calexico, California today to show off his new 30 foot, 2.5 mile wall on the border.

And seeing some photos of it already, it looks pretty badass to me.

Here’s reporter Rafael Carranza for AZ Central doing a piece on it a few hours ago. In it you can see Great Wall of Calexico behind him as he describes it:

I found more photos of the wall on Twitter from a reporter for ABC 7. The first shows just how massive the border wall is with razor wire at both the top and the bottom:

This is what the recently completed border wall/fence looks like. It replaced existing fence, and stretches about 2.5 miles west of the Calexico border crossing. pic.twitter.com/P8XL7Sa9Up

Looking thru the #border wall in #Calexico where later today President #Trump will visit. This is part of a 2.5 mile section of replacement barrier, west of the border crossing here. Approved years ago, but funded and built by Trump. pic.twitter.com/UDkFko6Xos

And here’s a photo of the plaque on the wall taken by Rafael Carranza: 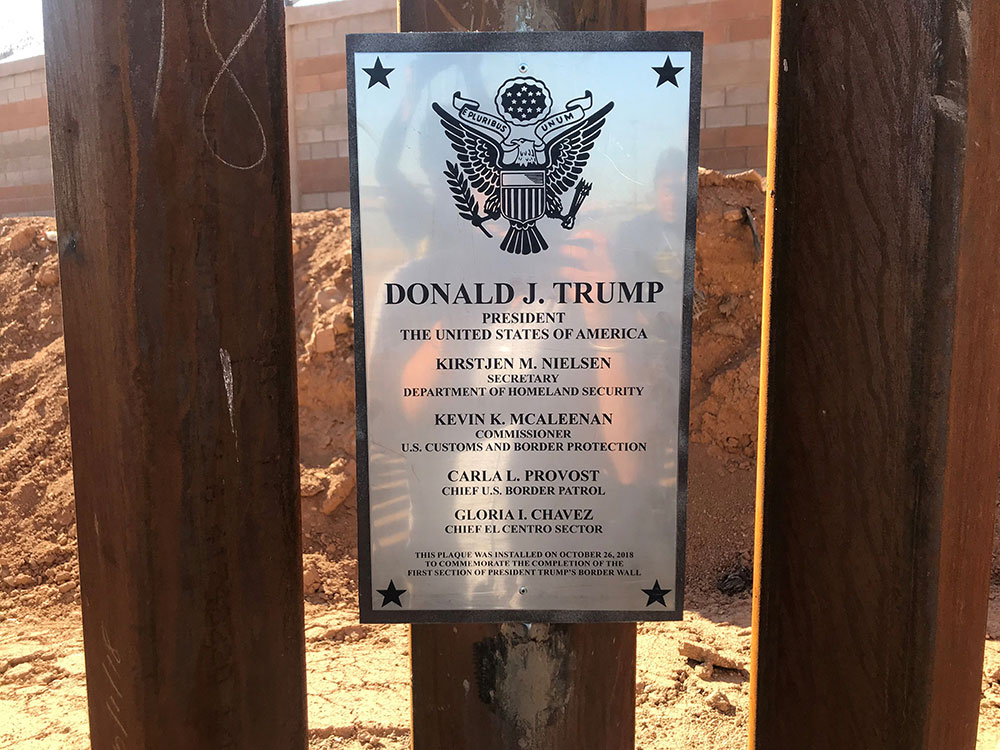 You think anyone’s gonna get over that?