President Trump revealed today that he’d been working with the DOJ and the FBI to secure the documents with an extra lock on the door just two months ago.

He says they were shown the secured area and the boxes themselves: 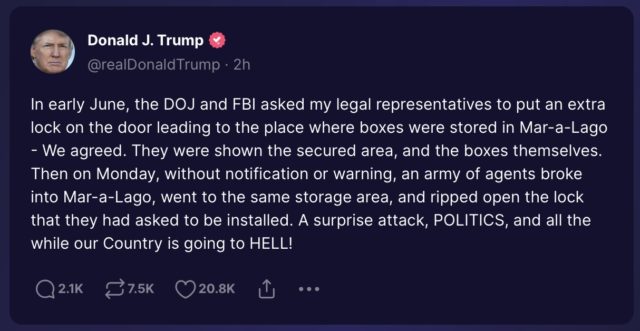 Then suddenly the FBI chose to raid the room at Mar-a-Lago without warning, even though Trump had been working with them.

Trump called it a ‘surprise attack’ with politics at the center of it all.