Last night President Trump took to Twitter to say that he will no oppose the release of the search warrant.

In fact he is calling or their immediate release: 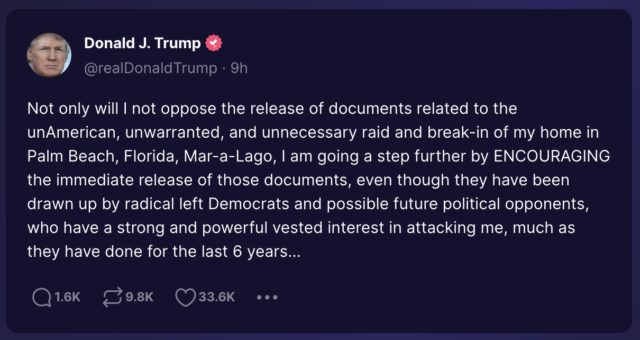 Trump also responded to the Wapo claim that what the FBI was looking for were nuclear documents. He called that a hoax: 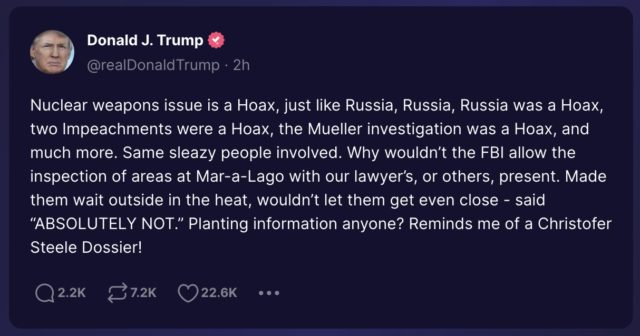 It smelled like a hoax to me when I reported it last night and it’s not a surprise, after all he’s been through, that Trump would say that same. It’s been hoax after hoax they’ve used against him to try and destroy him this is no different.

I think we all know the real reason they raided Trump’s home at this point and it’s just a matter of time before reports leak to the media, like it always does, on documents they found relating to January 6th.