Last night’s pro-life amendment in Kansas, which would have restored the right of the legislature to create laws banning abortion, failed by an unfortunate strong majority of 59%:

I was hoping the result would be the opposite or at least much closer than this, giving us hope for the future.

But I’m sure Democrats and the media are celebrating because this is exactly what they want in the aftermath of Roe v Wade being overturned.

In other news, Kari Lake surged back into the lead overnight in Arizona: 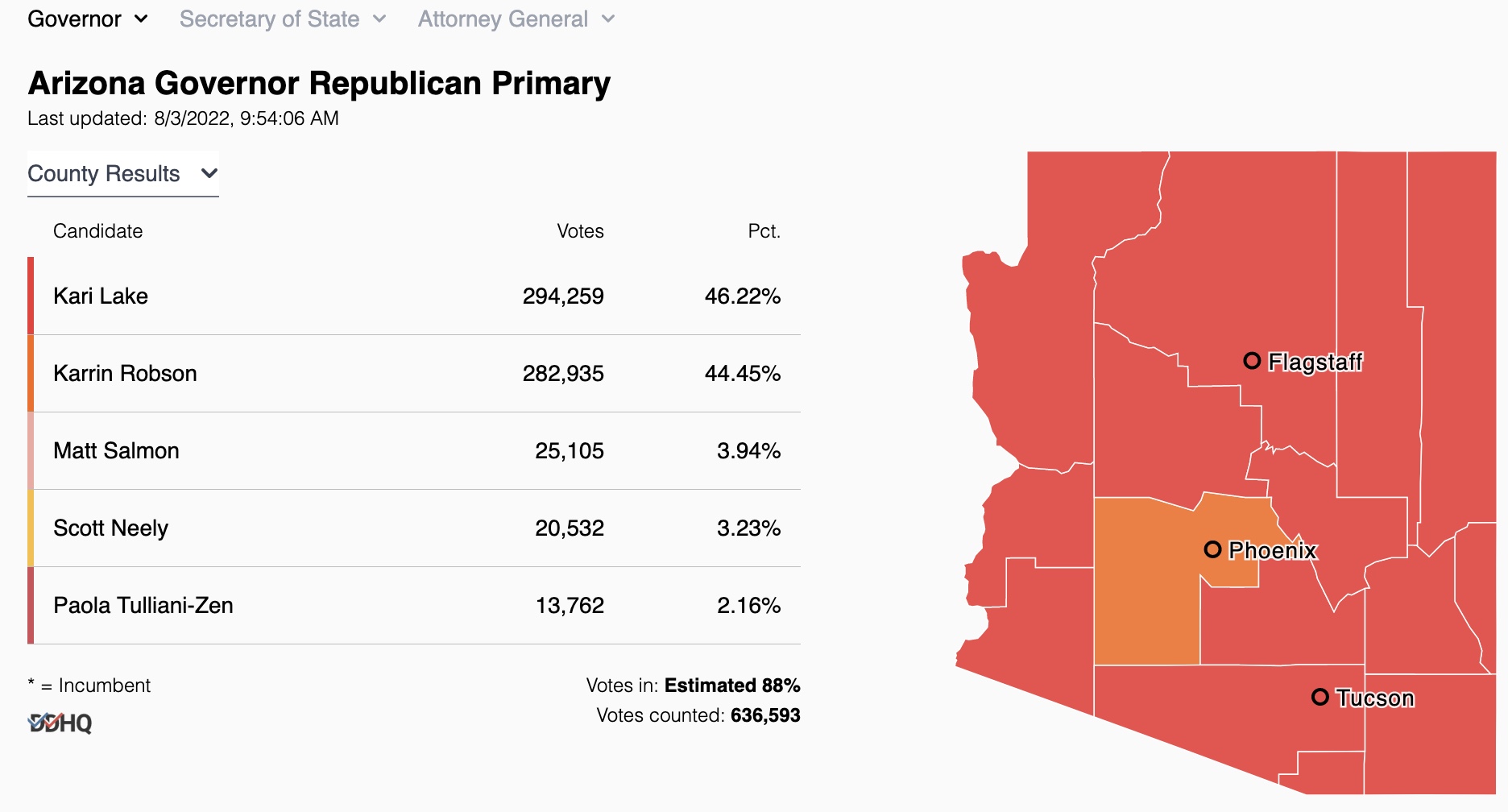 Some say 88% has come in with these numbers, others say 80%. And it’s been stuck like this for as long as I’ve been awake.

But the good thing is Lake had surge of momentum overnight and now leads by over 11k votes. Hopefully her surge just continues and she obliterates Robson later today.