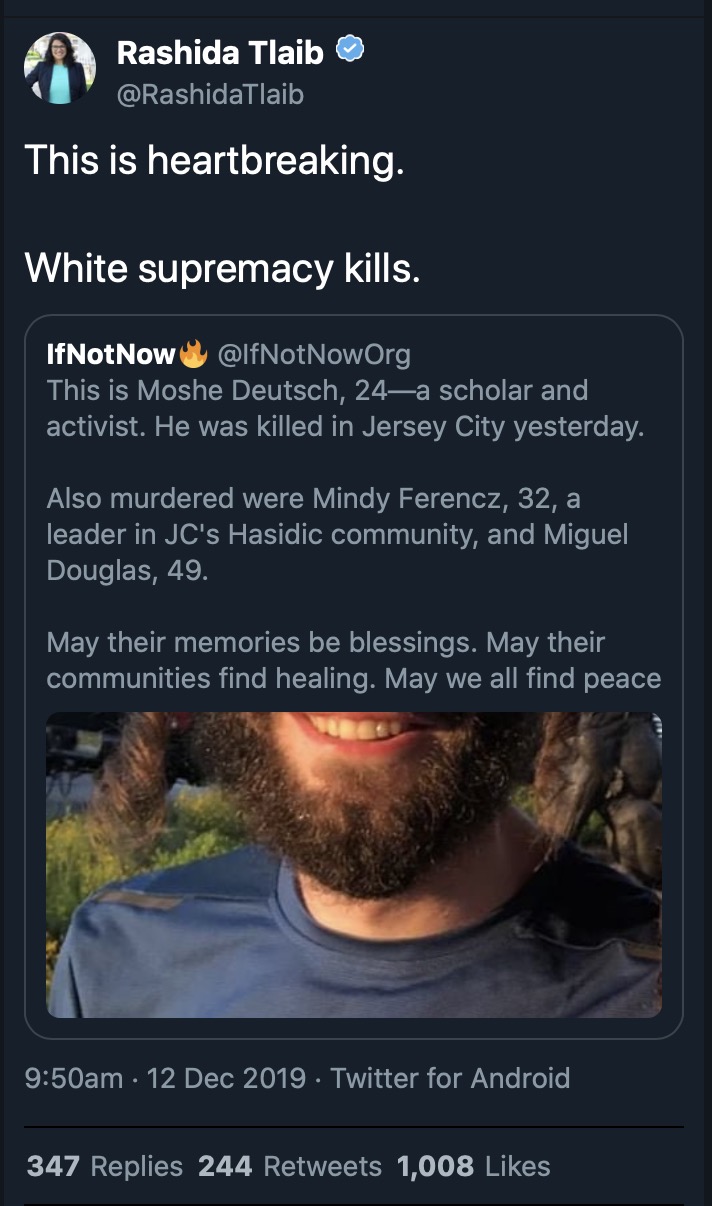 White Supremacy? Hmmm… Here’s a photo of the suspects:

Jersey City shooters identified as suspects in another killing over the weekend. Mayor says social media may shed light on their motive. @reenaroy has the latest in the investigation: https://t.co/CC0iQc6Vgp

I had to use a screenshot for Tlaib’s tweet because she has since deleted it. But how she could post this in the first place just boggles the mind. It shows how ill-informed she is and how her knee-jerk reaction is to blame White Supremacy for everything even when it’s not remotely White Supremacy.

Quite a few people saw this before she turned tale and deleted it:

The attackers were black and hated Jews https://t.co/ZbbWXx1MJk