The Colbert Nine got off scot-free yesterday because they are liberals. That is why. That is what happened. You know it, I know, the media know, and the dang Capitol Police are saying it right out.

Chief J. Thomas Manger laid out the case and the failure to prosecute in a letter that everyone should read.

No one is more critical of Capitol Police than I am—so this is a stunningly honest account of Colbert’s unpunished insurrectionist. Contrary to previous reports, they unlawfully entered THREE Capitol buildings, harassed/threatened GOP lawmakers, and… pic.twitter.com/xOsWmdO8HE 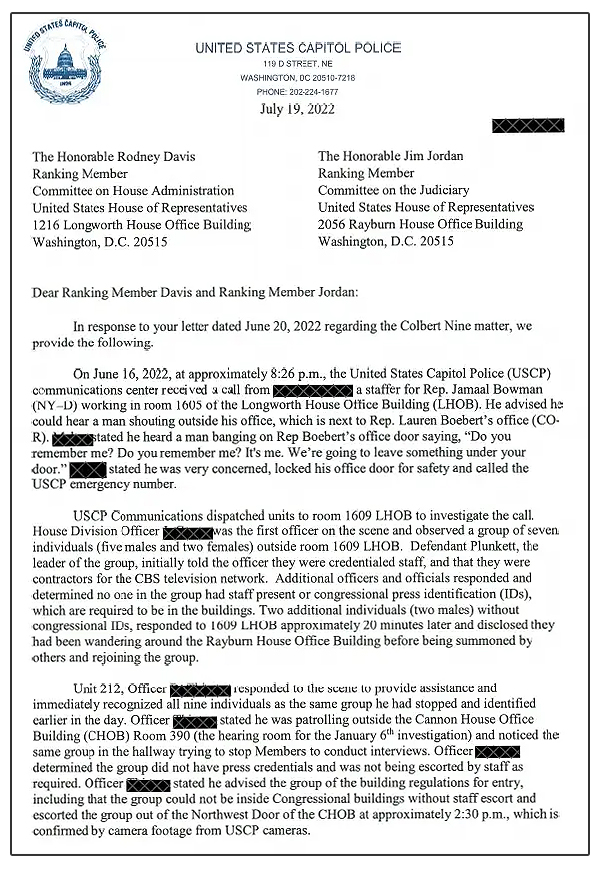 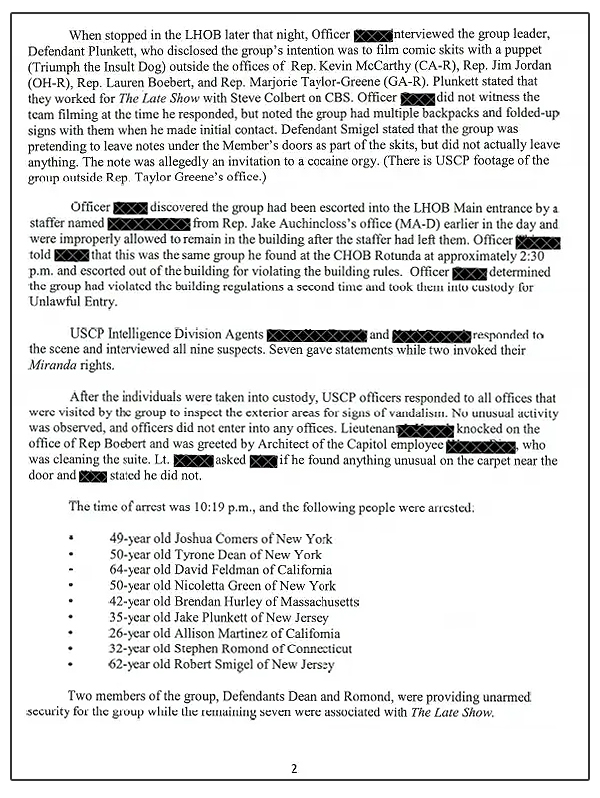 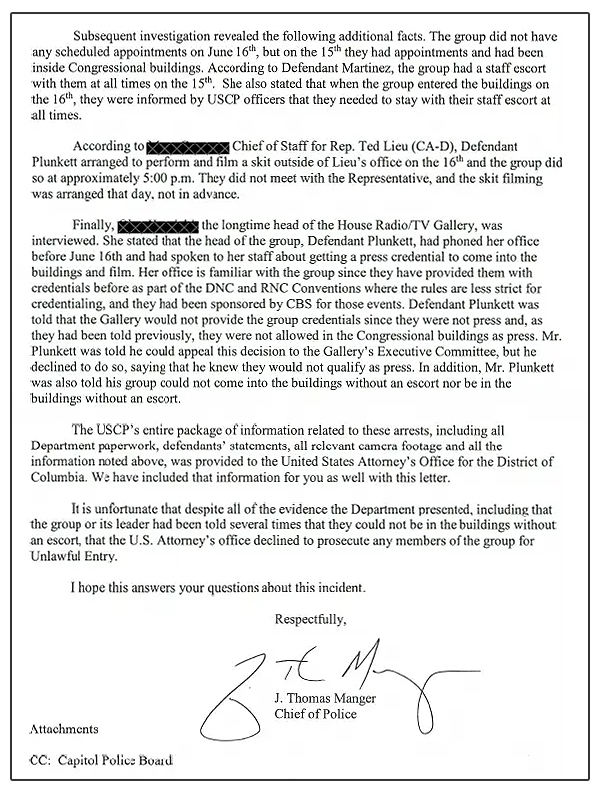 More from the Washington Examiner.

“It is unfortunate that despite all of the evidence the Department presented, including that the group or its leader had been told several times that they could not be in the buildings without an escort, that the U.S. Attorney’s office declined to prosecute any members of the group for Unlawful Entry,” Manger wrote.

The letter was sent to Jordan and Rep. Rodney Davis (R-IL), who had sent a request to Manger seeking information, including surveillance footage, related to the arrests. The letter identifies all the people who were arrested, including Smigel, and said there is Capitol Police footage of the group outside of Greene’s office.

An officer said this was the same group he found at the Cannon House Office Building Rotunda “at approximately 2:30 p.m. and escorted out of the building for violating the building rules,” the letter reads. An officer “determined the group had violated the building regulations a second time and took them into custody for Unlawful Entry,” the letter adds.

Just plain flat out political bias and the MSM support it.

This is America every day. Liberals get a free pass.