The DOJ has just refused a request by the House Judiciary, specifically Jerry Nadler, to send more officials for an oversight hearing after the fiasco they called a hearing with AG Barr in late July:

New: DOJ is refusing to send Eric Dreiband, the head of the Civil Rights Division, and the heads of BOP and the US Marshals Service to testify before House Judiciary, saying members repeatedly interrupted the AG and "squandered" the opportunity to get info https://t.co/PAb1KUmenU pic.twitter.com/Zgoen5aMHl

Below is the relevant portion of the letter sent to Nadler: 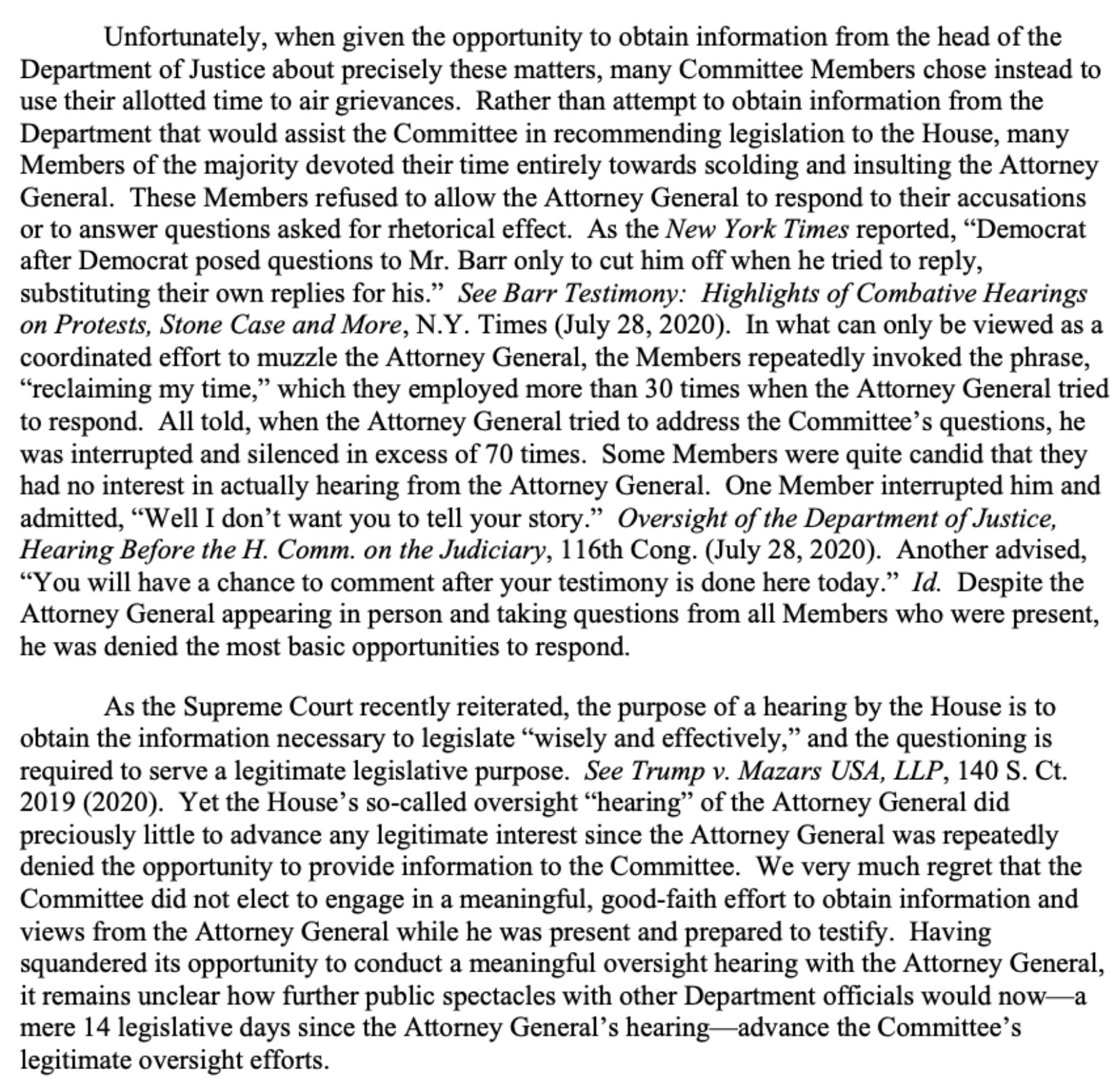 I love how the letter doesn’t pull any punches, calling the last hearing with AG Barr “a coordinated effort to muzzle the Attorney General”, highlighting how members used the phrase “reclaiming my time” repeatedly to insult and scold Barr.

While there was little Barr could do about it then, I do love that his DOJ is not going to subject any more officials to the House Judiciary’s inappropriate and abusive ‘reclaiming my time’ spectacle. After all, Team Nadler will just abuse them like they did Barr to try and score points before the election. That’s all this is really about.